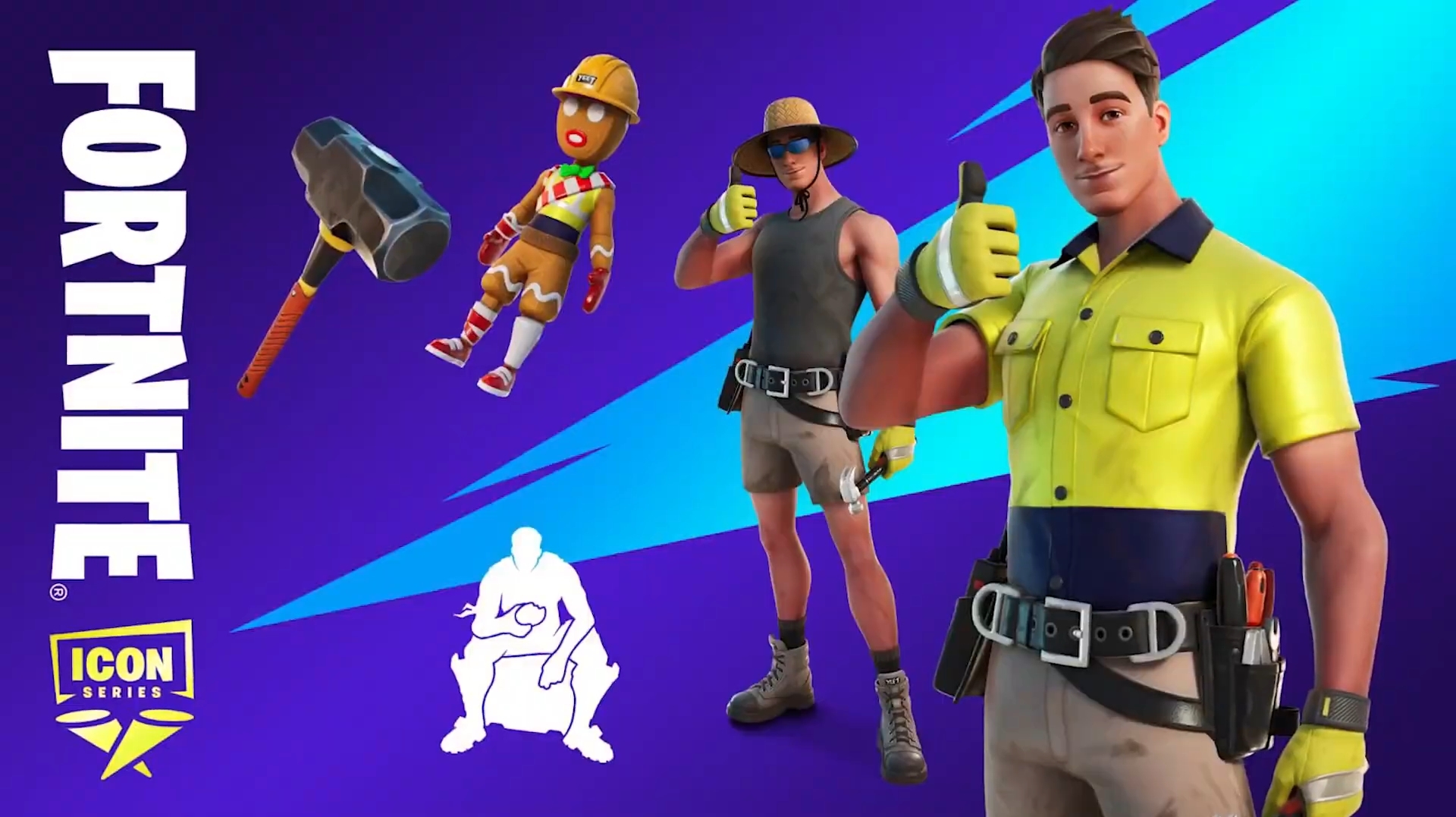 LazarBeam, a massively popular YouTuber, has been immortalized in Fortnite with his own skin.

The Australian gamer’s 18 million-plus subscribers will be happy to see today’s reveal of his Fortnite Icon Series outfit, which puts his likeness in the game for all to see and use if they purchase it.

In the video reveal, LazarBeam brought it back to where he began a few years ago as a construction worker before he made it big as a Fortnite content creator. And that’s where the inspiration for his skin came from, he said.

The emote included as part of a bundle for the skin shows LazarBeam sitting down and eating a meat pie while on break. There’s also a sledgehammer pickaxe and a gingerbread man back bling, along with a variant of the skin.

LazarBeam joins the likes of Ninja, Loserfruit, Lachlan, and TheGrefg as content creators who have grown so big with the help of Fortnite that they earned their spot in the game forever.

Players can earn the skin a day early by participating in Lazar and Fresh’s Super Knockback tournament on March 3. The skin, back bling, emote, and pickaxe will hit the in-game store on March 4.