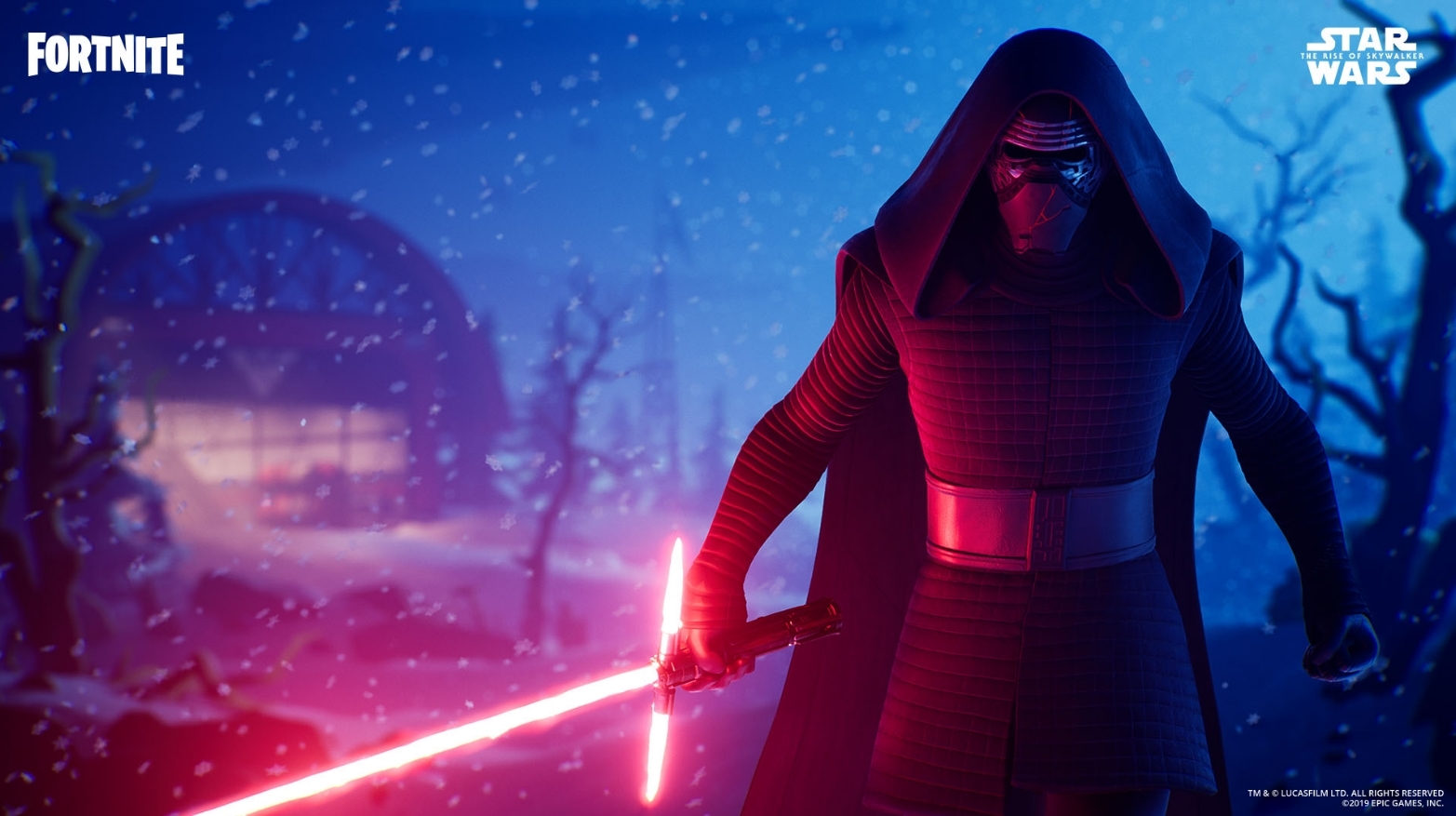 The day has finally come—Star Wars: The Rise of Skywalker is now out in theaters, and two brand new skins from the Star Wars universe are joining Fortnite in celebration.

Kylo Ren, the Supreme Leader of the First Order, is now live in the store along with Zorii Bliss, a new character from the latest film.

Kylo Ren, the son of Han Solo and Leia Skywalker, turned to the dark side as a young boy, as shown in episodes VII and VIII of the new trilogy. His new look in both the new film and the skin show his mask fused back together with red lines for an extra menacing look.

The Kylo Ren skin comes with a cape for 1,500 V-Bucks, and he also has his own harvesting tool, a Vibro-Scythe, for 800 V-Bucks.

Zorii Bliss, meanwhile, is a minor character in the new film. She’s a mysterious friend from the past of Poe Dameron, and her allegiances are unknown to anybody at the beginning of the film. Zorii is also 1,500 V-Bucks, and she’s paired with a Y-Wing glider for 1,200 V-Bucks.

Get both skins while you can now, and watch out for Star Wars: The Rise of Skywalker in theaters.