Kinstaar: “We’ve been playing [Fortnite] since its launch, it’s our playground”

Kinstaar adapted to a crazy meta to qualify for the Fortnite World Cup twice. 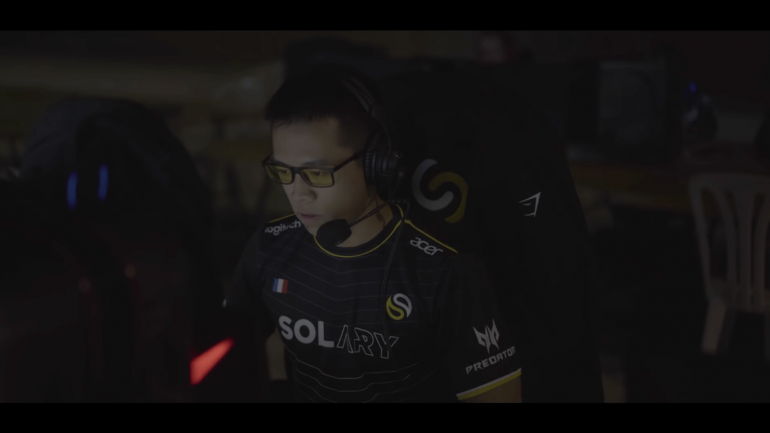 “Epic was already doing weekly updates, so we were used to a permanent changing meta,” Kinstaar told Dot Esports. “But when the meta changed during the qualifiers, it was painful.”

Kinstaar is one of the few players in the world who secured a spot in both the Solo and Duos Fortnite World Cup Finals in July while trying to adapt to item and weapon changes. He represents Solary, a top team from France that has four players qualified for the Finals. But he’s the only one who will play in both tournaments.

What he did to adapt to new strategies every week is no secret: He said he played a lot to try to understand the changes. And Kinstaar was expecting patches to turn the Fortnite meta upside down, like even when Epic vaulted the most-used gun in the game, the Pump Shotgun, at the beginning of season nine. That was on May 9, two days before the fifth week of the World Cup Qualifiers.

“We aren’t really surprised that Epic adds or removes items and weapons during the tournament, but it’s still clearly frustrating,” Kinstaar said. “The updates were usually on Tuesday or Thursday, which left us less than a week to learn the new meta.”

And it was right after the big changes prior to week five that Kinstaar found an opportunity to qualify for the Finals. A game-wide bug forced Epic to disable vehicles in competitive modes, including the World Cup Open Qualifiers. Kinstaar saw this as an opportunity.

“That was the moment I understood I had to seize my chance, because I practically never use any vehicles in the game, and I should give everything,” Kinstaar said, remembering that he still ended week five eight points short of qualifying. Epic couldn’t solve the bug with vehicles for week six, which was the Duos qualifier he would play with his teammate Corentin “Hunter” Tardif.

“That was when we understood with Hunter that it was our chance to qualify to the Finals,” Kinstaar said. “We’ve been playing the game since its launch, it’s our playground, especially without vehicles.”

In week six, Kinstaar and Hunter placed fourth in the European qualifiers with 89 points, securing their spot in the Fortnite World Cup Duos Finals. In the following week, Kinstaar accomplished the same for the Solo Finals by placing seventh with 59 points with vehicles re-enabled. He finished off his successful World Cup Qualifier streak by placing first in the week eight qualifiers with Hunter. The duo didn’t take anyone’s spot by qualifying again, but it took home $10,000 and got more confident with two top performances in a row.

Kinstaar succeeded despite the item and vehicle madness of the Fortnite World Cup Qualifiers, but he thinks Epic could do more to avoid chaotic additions, removals, and meta shifts like the ones he and other professional players experienced in that period.

“They should be paying more attention to the community,” Kinstaar said, adding that he thinks professional players should be the company’s focus. He remembered pros were the ones who first criticized the addition of the game’s latest vehicle, The Baller, before Epic recognized it was too strong and halved its health. “Everyone hated the Ballers, so this nerf pleased each of us because this vehicle was clearly a gamebreaker and it didn’t require skill or brain,” Kinstaar said.

The solution for Kinstaar is that Epic should have separate rules for Fortnite competitive and casual modes, with a version for beginners “that may evolve on the other side.” Epic has confirmed this isn’t in the works, but he says he’s happy with small changes to the item pool until the World Cup Finals.

“Epic should vault the Semi-Auto Sniper and the Burst SMG,” Kinstaar said. “Currently, the meta is almost perfect.”