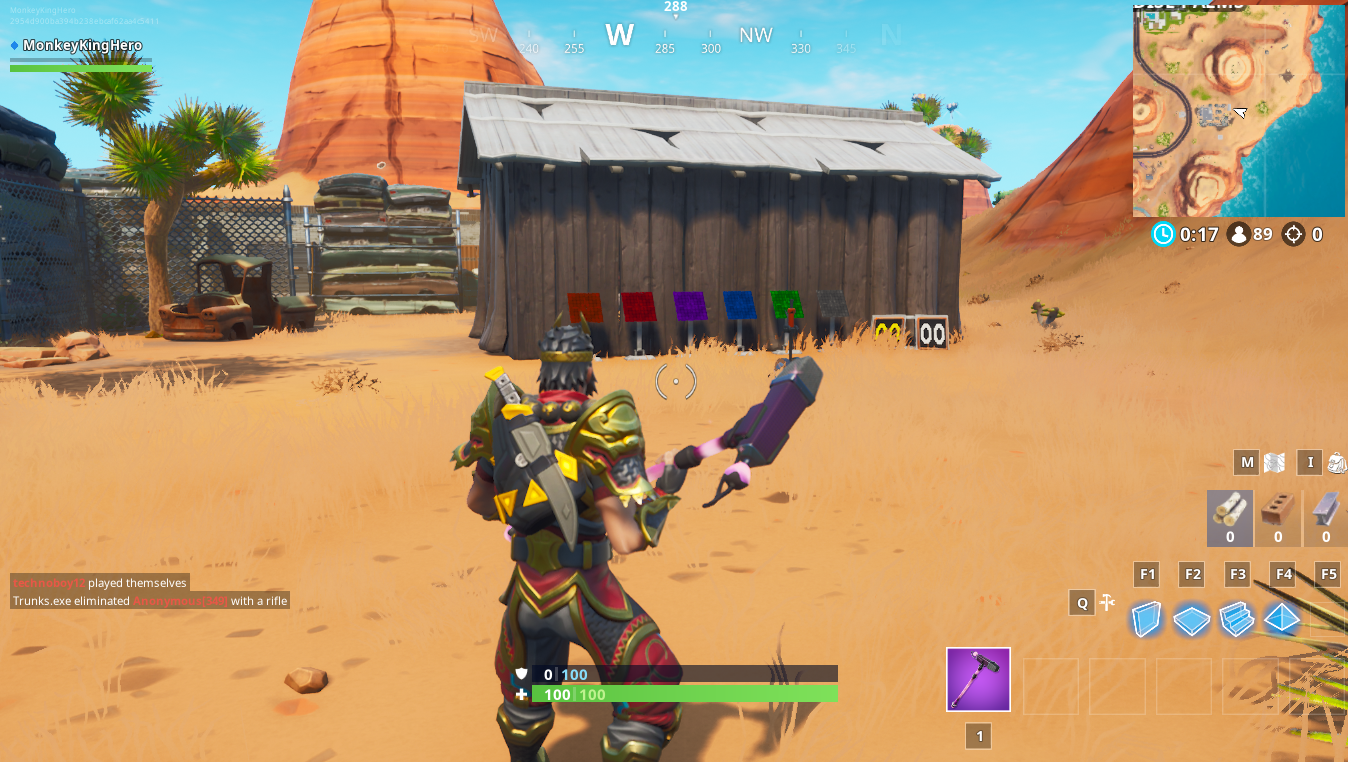 We hope you like puzzles, as Epic Games is determined to test Fortnite: Battle Royale players today through the latest Fortbyte mission.

Fortbyte 28 is the latest one on offer, with players tasked to complete the quest “Accessible by Solving the Pattern Match Puzzle outside a Desert Junkyard” which can be discovered just south of Paradise Pams in the lone area southeast of the map.

The Puzzle can be discovered to the far east of the scrapyard behind one of the buildings.

The puzzle isn’t as time consuming or difficult as previous ones and will instead just test your memory. There are a bunch of colored panels beside a lever and when you pull the lever, the puzzle will begin.

Certain squares will then light up in a pattern and you will to shoot or hit the squares in the same order to unlock the Fortbyte.

Obviously, considering how time-consuming this is, it’s probably best if you don’t go there straight away as you land with everyone else—otherwise you’re likely to be shot by a rogue player looking to spoil your quest.