14 Days of Fortnite: How to Throw Snowballs in Fortnite | Dot Esports
Skip to content 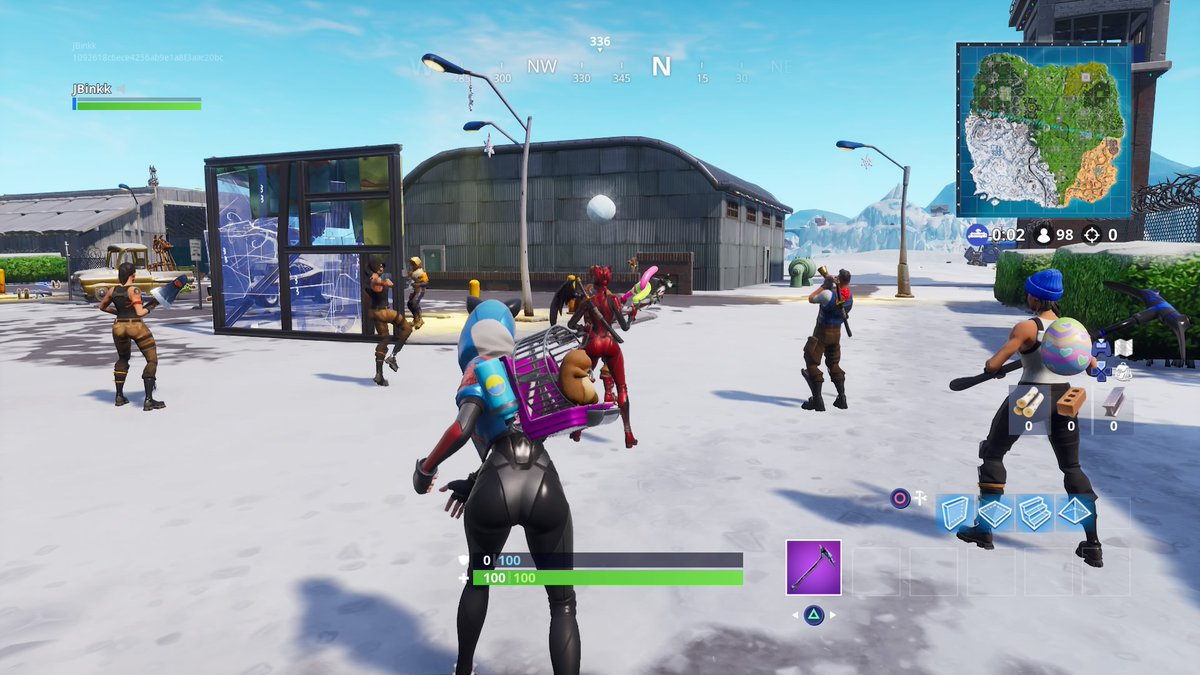 The 14 Days of Fortnite event is in full effect for the holiday season, giving players plenty of alternative tasks to complete in the popular battle royale game.

Today’s challenge is pretty simple, but that doesn’t mean several players still can’t use some advice on how to complete it.

The day four challenge asks you to “hit a player with a snowball in different matches.” Sounds easy enough, right?

Well, first, you’ll need to complete the day three challenge, which requires you to play three matches with friends—another extremely easy challenge, as long as you have someone to play with.

Once you do this, go to your Locker and equip the snowball you just unlocked as one of your emotes. Then, all you have to do is enter a game and throw the snowball at someone in your lobby by using the emote the same way you would if you were trying to dance.

The best part about this challenge is that you can do it in the pre-game lobby before you get on the Battle Bus—and if you leave the lobby after you hit someone with a snowball, it’ll still count toward the challenge.

Aiming your body to throw the snowball can be a little tricky, but if you get close enough to someone in the pre-game lobby, you should have no issues hitting your mark. After you’ve hit someone with a snowball in four different games, you’ll successfully complete the day four challenge for the 14 Days of Fortnite event.