How to "Steal Security plans from The Rig, The Yacht, or The Shark and deliver them to SHADOW/GHOST" in Fortnite Chapter 2, season 2 - Dot Esports
Skip to content 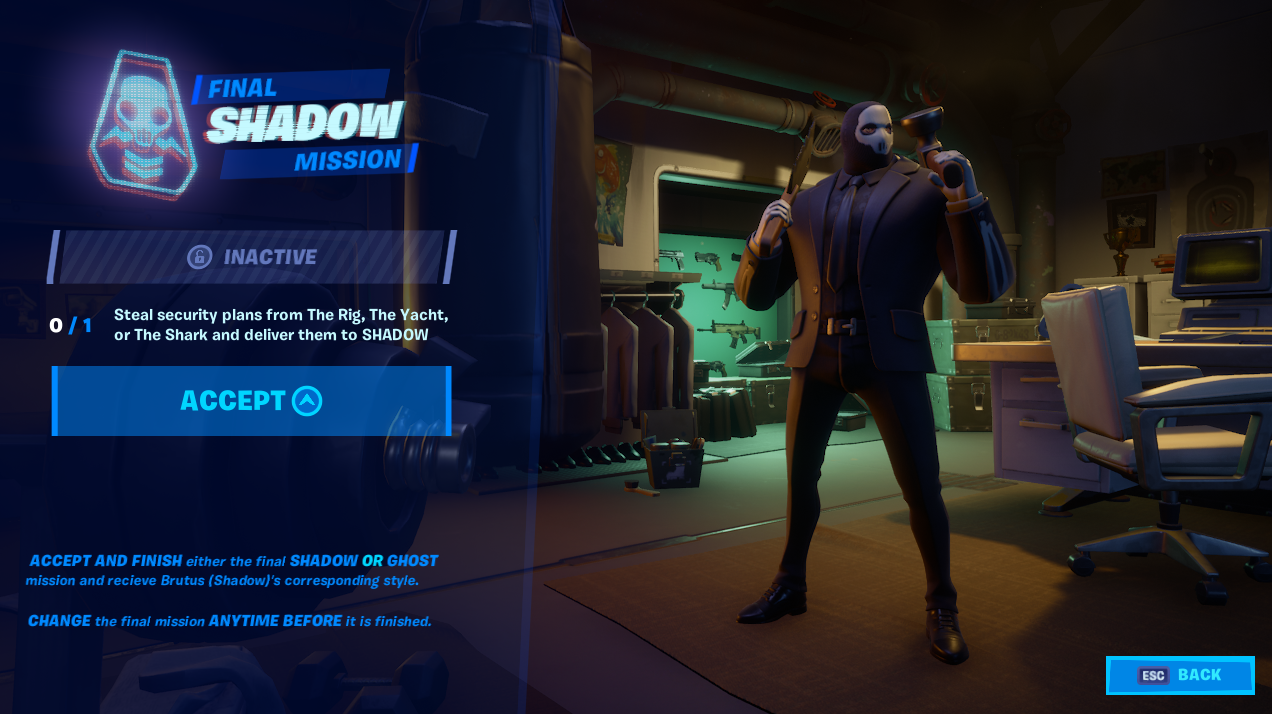 If you’ve completed all of the challenges from the first two weeks of Fortnite Chapter Two, season two, you’ll be able to unlock one of two styles for the character Brutus—you also must be level 20 and own the battle pass.

The best place to get these plans is the Yacht since you can reduce the number of henchmen that chase after you by landing in the water and pickaxing a hole into the ship.

After that, you can find the plans pretty easily in the center of the base of the ship. You’ll need to spend some time to get them, though, so make sure nothing can kill you.

Once you secure the plans, immediately head to Steamy Stacks, which is south of The Yacht. You’ll find two mailboxes with GHOST and SHADOW decals on them. Depending on the mission you decided to go for, you’ll need to dump the plans into one of these mailboxes. The challenge will then be complete.