How to interact with Party Poppers at the Rave Cave in Fortnite Chapter 3, season 3 - Dot Esports
Skip to content 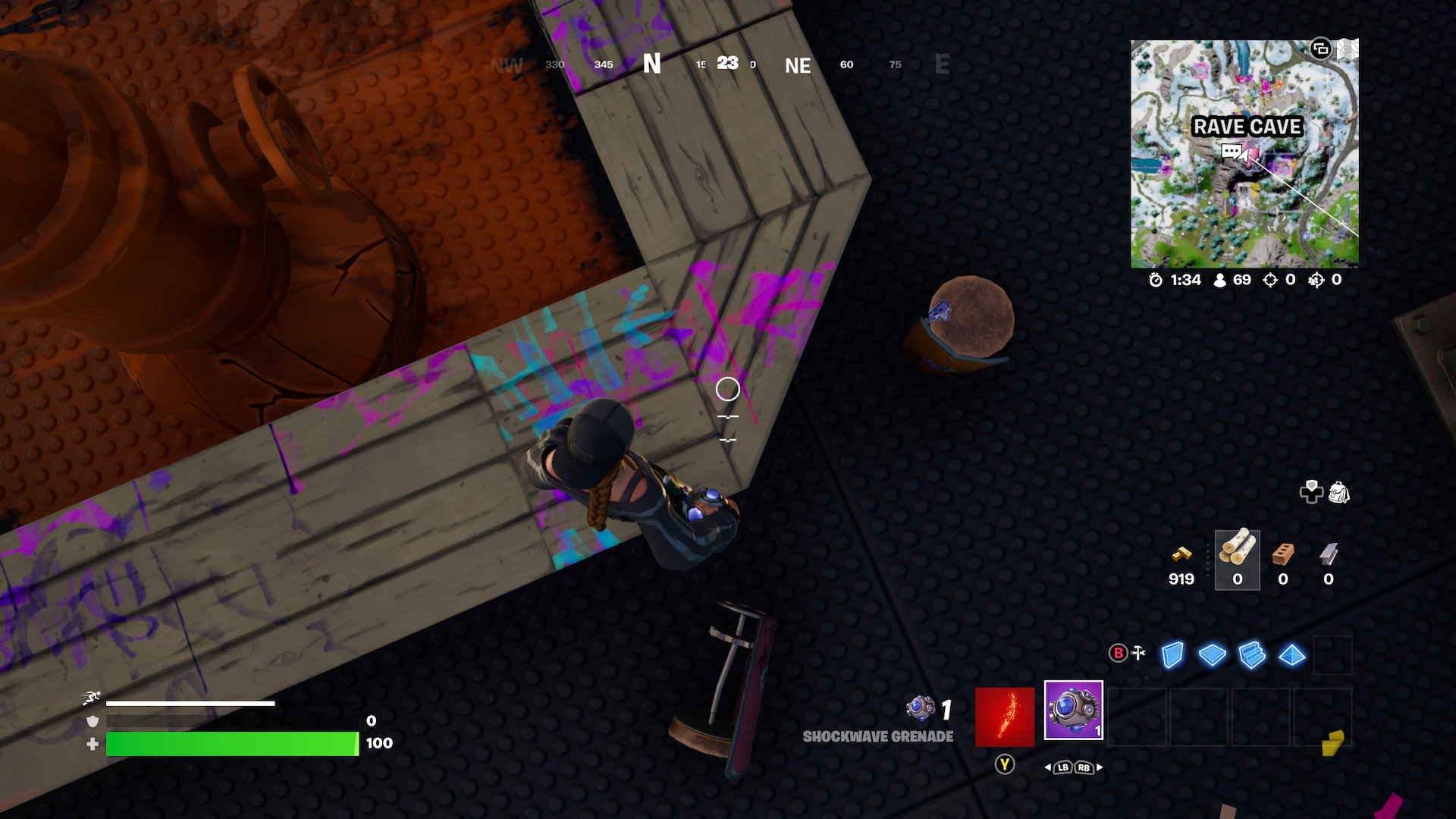 Players in Fortnite have a new task to complete; it’s time to pick up some Party Poppers for the Scientist.

There are five Party Poppers: blue, purple, green, white, and gray. Although you are given some information regarding where to go, finding them can be challenging because they are located at different heights and navigating Rave Cave can be difficult.

If you don’t know what to do, interacting with them can also be frustrating. Luckily, we’ve made it as easy as possible by showing you how to pick them up and where to find them.

How to interact with Party Poppers at the Rave Cave in Fortnite Chapter Three, season three

Where to find all of the Party Poppers in Rave Cave in Fortnite Chapter Three, season three

If you follow our order below, you can get all of the Party Poopers quite easily. The Party Poppers have already been collected, so we’ll add a red circle where we found them in each image. You’ll find Party Poppers in Rave Cave, but you can use the map above if you’re really curious about how to use it. We’ve color coordinated each circle based on the Party Popper it belongs to, except we’ve made the white Party Popper location a black circle to make it easier to see.

Go to the room with the orange pipe near the treasure box on the southern edge of Rave Cave. It’s surrounded by a countertop, which holds the gray Party Popper.

Head west and to the wooden walkway on the other side of the lake in front of you. Ascend the stairs to reach the second level of that area and enter the room closest to the blue Party Popper. There’s a purple Party Popper on top of the bar in that room.

Turn around and head into the center of Rave Cave from the door facing the graffiti. Go to the dance floor where everyone is dancing and then go up on stage. You’ll find the green Party Popper at the very back of the stage.

For the last one, use our map above and head straight to the roof of that location. The white Party Popper can be found where the image is. Sadly, it is the only one that you cannot easily walk to like the others.

The Party Popper tends to have a problem that prevents users from grabbing it. Maybe it’s because of how close it is to other objects, but if you have this problem, destroy the roof and everything around it until the White Party Popper allows you to pick it up.