How to get the Meowscles skin in Fortnite Chapter 2, season 2 - Dot Esports
Skip to content 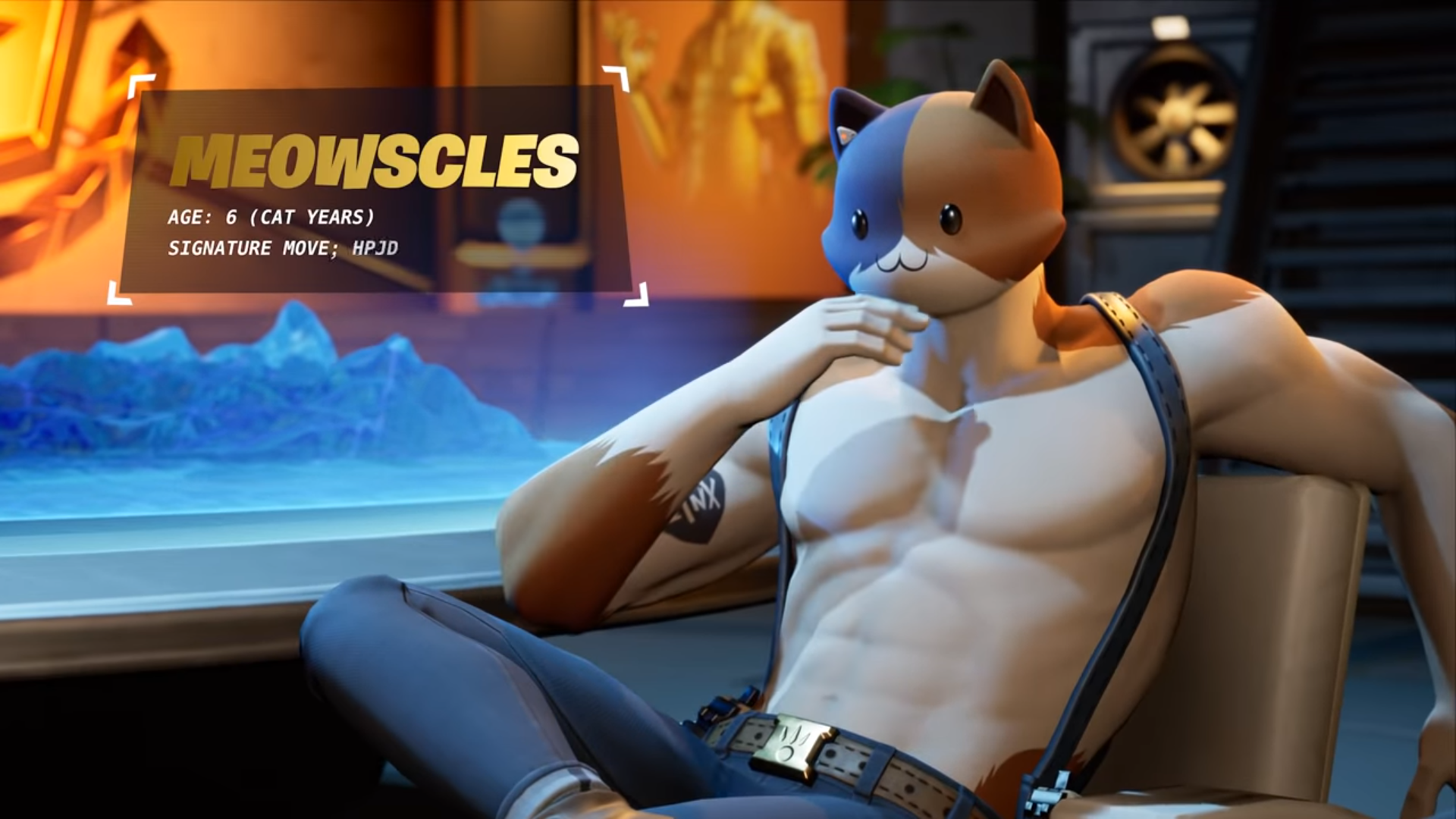 Fortnite Chapter Two is filled with whimsical, comical skins and season two is no exception. The battle pass offers players a series of eccentric skins, including the beefed-up Meowscles.

The cat is Midas’ pet animal. Players can unlock both Meowscles and his owner with the season two battle pass. Here’s everything you need to know about how to unlock him.

As a battle pass skin, the first step to unlock Meowscles is acquiring the battle pass. Players can get it for 950 V-Bucks (approximately $10) in the Epic Games Store. But that’s the easy part.

To play as Meowscles, players must reach level 60 in the battle pass. Completing weekly challenges and earning medals helps with battle pass progression, but more eager players can spend V-Bucks to jump ahead. It costs 150 V-Bucks per level skipped.

Season two also offers two possible styles for each character, called “Ghost” and “Shadow,” which change their appearances and color palettes. Ghost visuals usually have lighter colors and are predominantly white, while Shadow styles are heavy in black for that covert operator look.

Players can unlock only one of two styles. “Choose between Ghost or Shadow missions to unlock that character’s bonus style,” Fortnite’s website reads. “Choose wisely: your choice is permanent. The final mission locks your bonus style to Ghost or Shadow.”

Meowscles is no exception. The Ghost style shows a starry-eyed (literally), all-white Meowscles, while the Shadow dyes his fur black, making him reminiscent of Marvel’s Black Panther. To unlock one of the styles, players have to complete character-specific missions, but Epic hasn’t officially released them yet.