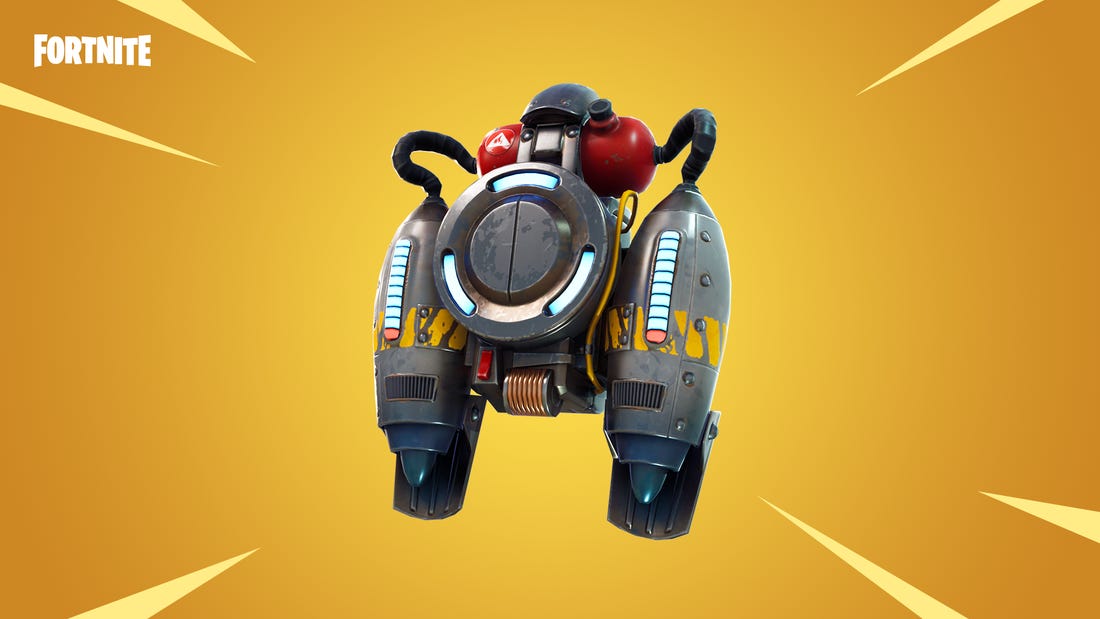 Epic Game has released an update to Fortnite that added the Iron Man jetpack, named Stark Industries jetpack, to the battle royale. You need to have the v14.40 update to find one, though.

There used to be a jetpack in the game, but it was removed back in 2018. The Stark Industries jetpack brought the feature back and works the same way the original from 2018 did but has an Iron Man-themed skin.

The Stark Industries jetpack apparently spawns randomly as a floor loot across the map. There isn't a specific place in which it will spawn and it doesn’t appear in chests either.

Keep looking until you find it and take your time to enjoy this feature since it might be gone with the end of the Marvel season. Epic Games hasn't specified whether other jetpacks will be added in the future.

Once you encounter one, it will take an item slot visible in the bottom right of your screen. You don't have to select the item to use it, though. Just press the jump button and hold it down to fly. You can also use your weapons while the jetpack is on.