How to find Fortbyte 97: Found at a location hidden within Loading Screen 8 | Dot Esports
Skip to content 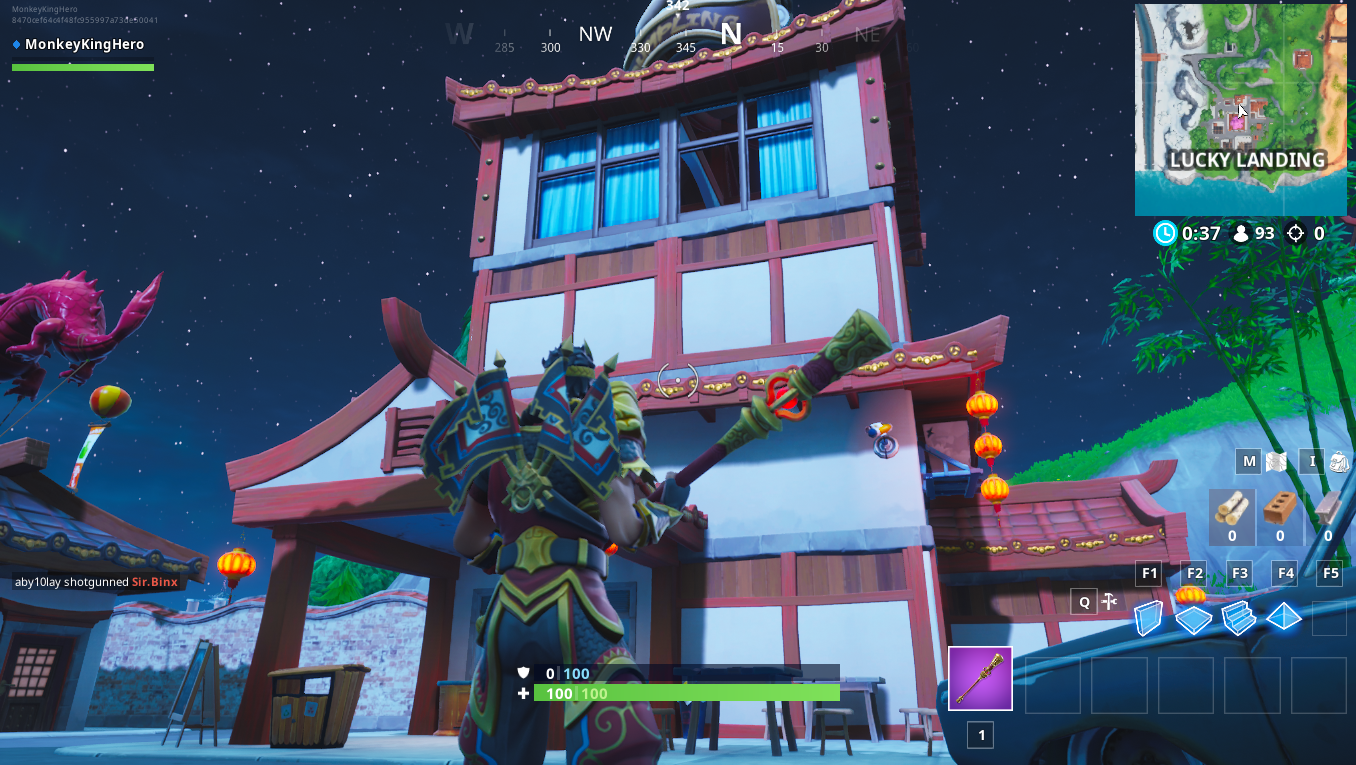 After a few days of waiting, the secret Fortbyte for Fornite: Battle Royale’s season nine, week eight reward is now available. Players have to seek out Fortbyte 97, which is “found at a location hidden withing Loading Screen 8.”

To complete this mission, you’ll need to head to Lucky Landing after completing eight of 10 weeks worth of challenges. The Fortbyte won’t appear until you complete this milestone, though.

You then want to head to the Bao Brothers restaurant in Lucky Landing, which is the lone solitary building at the top of the town. Climb the stairs until you come to the second floor, where you’ll find the Fortbyte waiting for you.

It should be right next to some weightlifting equipment and will be easy to pick up. You won’t need to do anything special to grab it, so just interact with it and be on your way.

For those still struggling to find the exact location, however, the Fortbyte is in the F10 area of the map. It’s really not that hard to find or complete in comparison to other previously released Fortbytes, so it shouldn’t take you too much time.