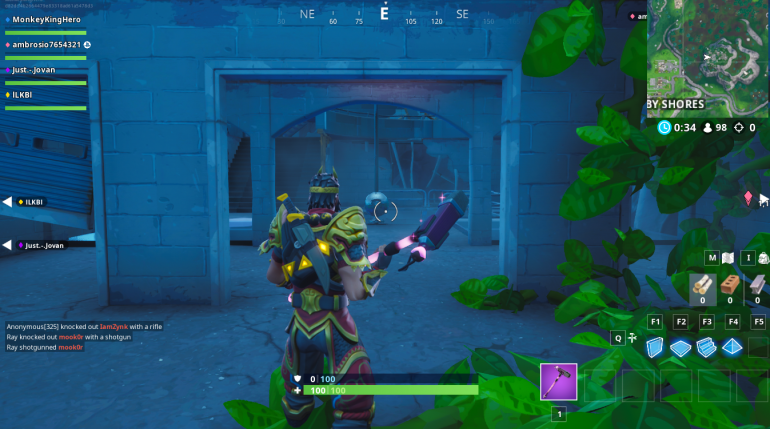 Prepare to work with your fellow players today if you want to unlock the latest Fortbyte in Fortnite: Battle Royale.

Fortbyte 53 is “accessible by helping to raise the disco ball at an abandoned mountain top villain lair.” This means you’ll be heading back to some remnants of previous seasons to get one of the 100 Fortbytes available in-game.

The villain lair in question can be found east of Snobby Shores. It’s nestled into the nearby mountain by the town.

The disco area can be found on the bottom floor with two platforms and a disco ball. Now, here’s where it gets tricky. To raise the ball, you need two people to work together on either platform.

Once you have a dancing partner, dance on the individual platforms and watch the disco ball slowly raise. When it reaches the top, the Fortbyte will unlock.

Of course, while you’re doing this, some bloodthirsty Fortbyte hunter could come across and kill you both, so keep your eyes open at all times because you’re very vulnerable.