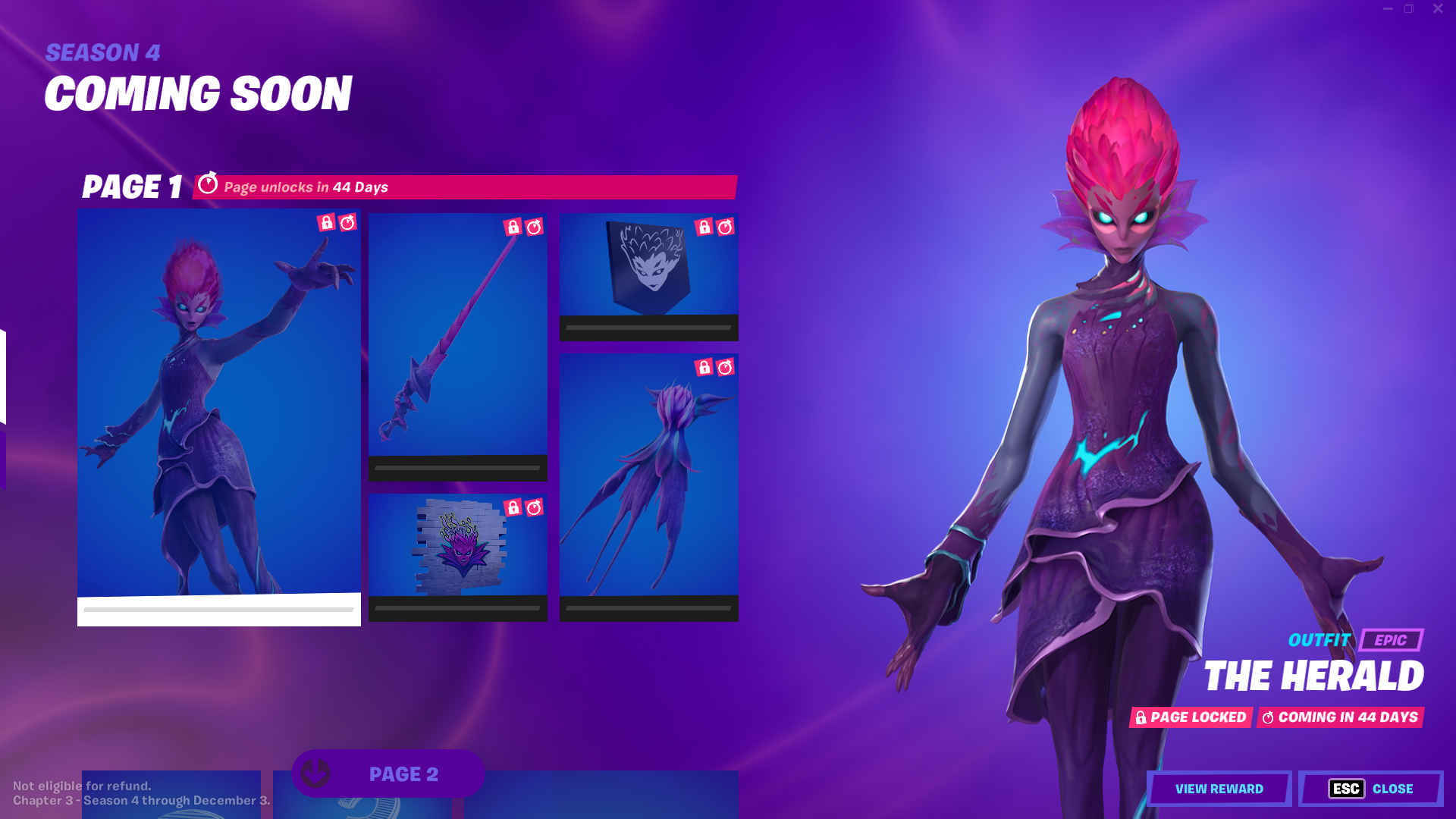 Fortnite’s newest season is finally here and it has brought a new antagonizing force to the island. Chrome is rapidly spreading across the island and most of The Seven have been incapacitated by it. With the new villain, The Herald, seemingly in control of the Chrome, we have no idea what her plans entail. But players can put a stop to her early by defeating her in the battle royale.

The Herald appears to be some sort of plant-humanoid species, resembling the Reality Tree in some ways. Here’s all the information you need to know about how to find and beat The Herald in Fortnite Chapter Three, season four.

How to find and beat the herald in Fortnite Chapter Three, season four

It’s not hard to find The Herald on Fortnite’s map since the antagonist isn’t exactly hiding from the Loopers. With her own new POI on the map, players can head to the Herald’s Sanctum to face off against her. Be aware that she has 600 health and 600 shields, so it won’t be an easy fight if you take her on yourself.

If you’re going to go after The Herald, it’s wise to make sure you have full shields, the best weapons, and maybe a friend or two who can tag along to help. The Herald is undoubtedly the strongest NPC on the map and defeating her will be no easy task for anyone. Even still, doing so is likely to provide the player with unique rewards.

Who is The Herald?

We don’t really know much about The Herald yet except that she seems to have it out for Reality Zero. At the beginning of last season, players were first introduced to her in the season’s cinematic trailer, which ended with The Herald staring ominously into an orb that showed her the Reality Tree. At the beginning of this season, the Reality Tree has died, but she still seems obsessed with it.

This is easy to decipher because if players sneak up to her Sanctum and watch what she’s up to, she can be seen talking and viewing the now-dead Reality Tree through an orb.

The Herald also seems to be in control of the Chrome that’s taking over the island slowly. It’s already affected and changed Lustrous Lagoon, Shimmering Shrines, and Cloudy Condos. In the coming weeks, it’s likely that we’ll see Chrome spread further out, taking over major POIs as it does so.

How to unlock The Herald

The Herald will be this season’s secret skin, meaning that it won’t be unlocked for another month and a half. When it is finally released, players will likely be able to complete special quests to unlock the different parts of The Herald’s cosmetic set. While we don’t know what quests we’ll have to complete, they’ll be revealed when the in-game timer on the skin finishes.

That’s all the information you need to know about how to find and beat The Herald in Fortnite Chapter Three, season four.