How to defeat Mancake, Ronin, or Shanta in a duel in Fortnite Chapter 3, season 1 - Dot Esports
Skip to content 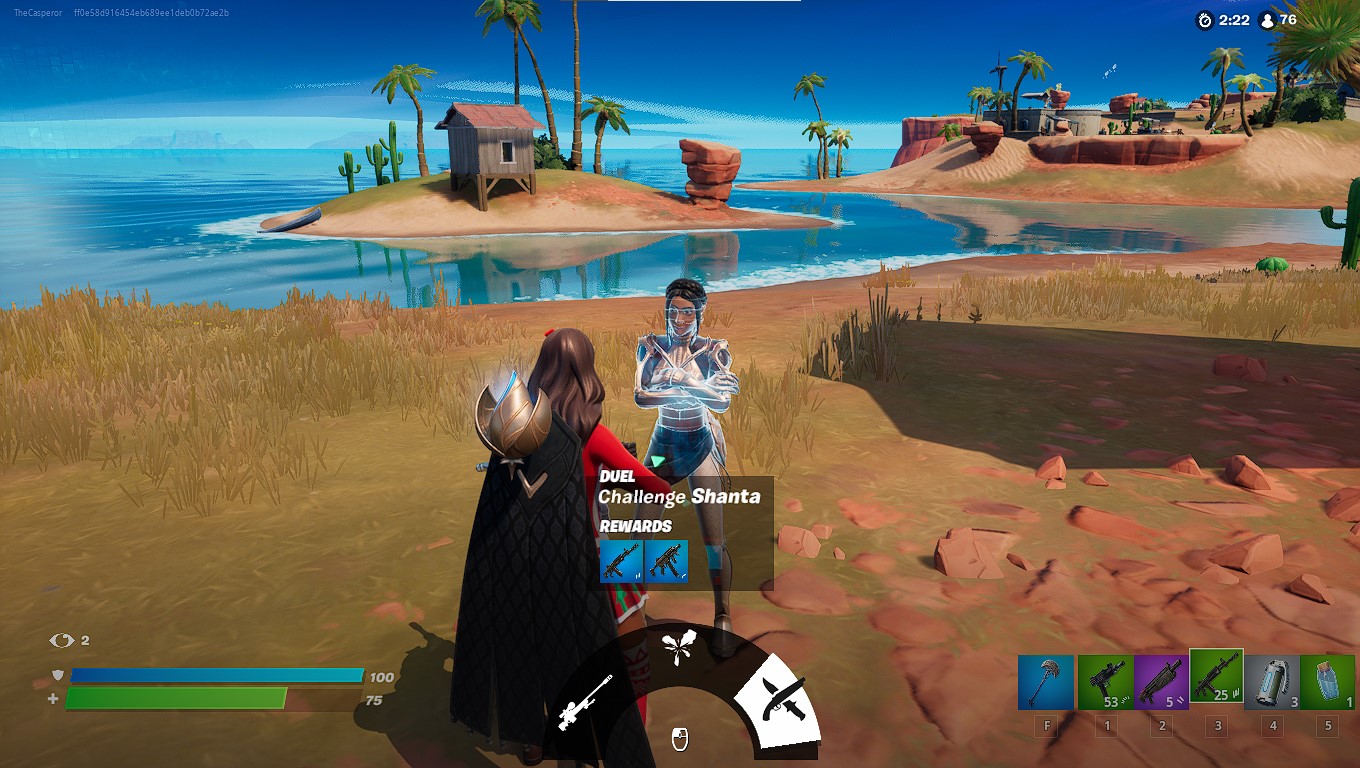 Fortnite NPCs are present everywhere on the map. They provide multiple services to players, including giving players an option to challenge them and acquire their precious weapons.

The NPCs who provide the dueling options in Fortnite Chapter Three, season one are Mancake, Ronin, and Shanta. Players need to approach them and there should be a duel option that will allow them to initiate combat. After defeating the NPC, they don’t respawn in the match. Thus, players should use all the services they need before challenging them to a duel.

The rewards usually include two weapons that are rare or epic rarity. Players can make these NPCs a part of their regular games because they guarantee them high-tier loot and increase their chances of surviving.

Here’s where to find and how to defeat Mancake, Ronin, and Shanta in Fortnite Chapter Three, season one.

Mancake roams the Butter Barn, located on the southwestern side of Rocky Reels. He has access to the pistol and assault rifle. He doesn’t have access to close-range weapons, so players can defeat Mancake by having short-range weapons like shotguns or SMGs because the duel takes place inside a building. They can also use explosives like grenades to make space and fire effectively if they wish to take no damage during the fight.

After defeating him, players will have access to the Ranger Assault Rifle and Sidearm pistol of epic rarity.

Ronin sits around the IO point of interest, Convert Cavern. His hideout is behind Pinnacle Peak and players can visit him there. The samurai has a pistol and shotgun. Therefore, the best way of countering him is to have long-range weapons like assault rifles or snipers and slowly take him down.

After defeating him, players should have the epic rarity of the Striker Pump Shotgun and Sidearm pistol.

Last but not least, Shanta is the furthest NPC to track on this list. She’s located near the southern side of Condo Canyon and the three rocks forming a triangle should showcase this location. She’s quite versatile and has access to her SMG and assault rifle. Players could take cover behind the big rocks and counter her by being patient. They can take her out by closing in, but it’s dangerous because her SMG could give her a huge boost.

After defeating her, players should have an SMG and Ranger Assault Rifle of rare rarity.