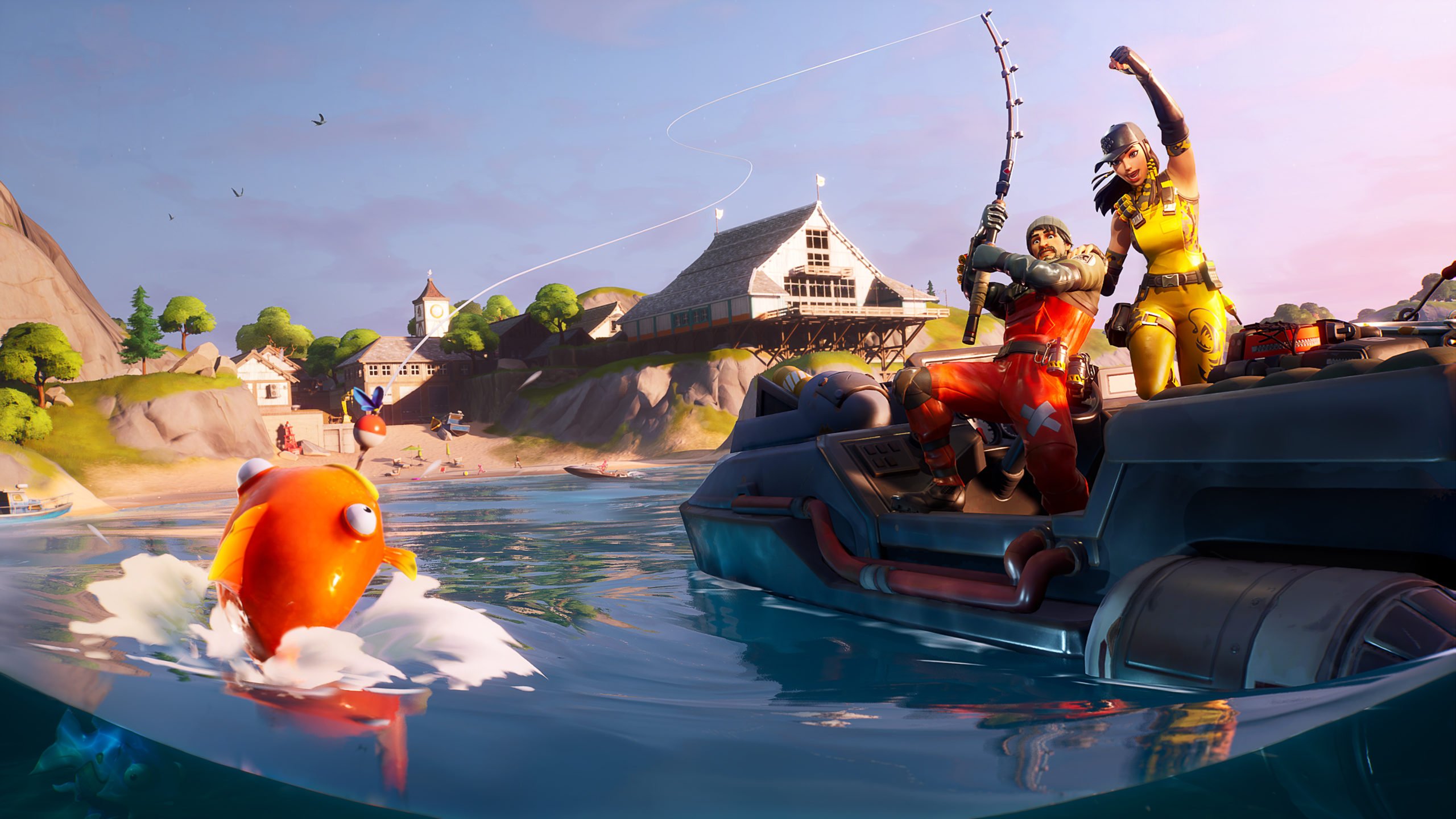 It’s hard to believe that fishing is a part of a battle royale game like Fortnite, but there’s a new challenge coming to Chapter Two, season four where players need to consume a Legendary fish.

First, you need to find a fishing rod on the map. They’re easy to find. It’s the same as finding a weapon. You’ll see it on the floor, in chests, or in a barrel near a lake.

After you get the fishing rod, head to a body of water where you’ll see spots full of fish moving around.

Each fish you catch has different effects on gameplay. There are more than 40 fish in the catalog separated into eight categories. Here are the categories and their effects:

There are three special fish, however, that don’t have a category but have the best effects. They have a lower rate of appearing, so you’ll have to keep fishing until you find one. Don’t give up, though, because when you do find them, they’re game-changing.

The Midas Flopper is a fish that turns your entire inventory into Legendary rarity, while the Vendetta Flopper marks nearby enemies’ locations. The Mythic Goldfish is the rarest fish with a one in a million chance of appearing. It’s the only fish that’s actually a weapon and instantly kills enemies on contact.

After catching the fish, check the color of its header. If it’s orange, it’s a Legendary fish. Just consume it to get the effect and complete the challenge. If it’s gray, green, blue, or purple, it won’t count.

You can occasionally find fish on the map, so look out for Legendary fish to consume. But if you’re doing a challenge of catching a fish, picking it up from the ground won’t count as well.