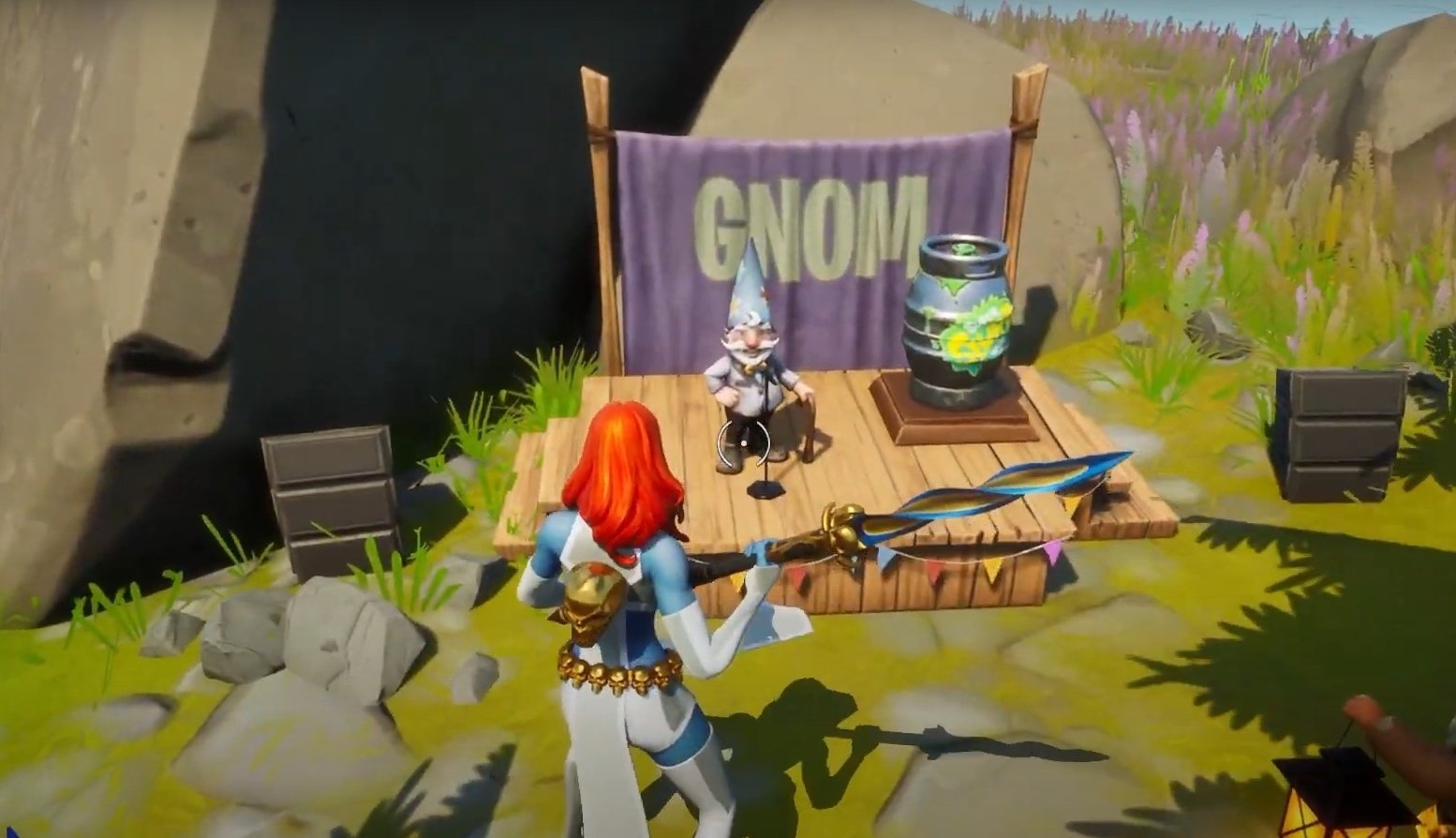 No, it isn’t just a meme, the gnomes are back in the most recent update to Fortnite Chapter Two, season four. And this time, it looks like they want to have a word with any player who will listen.

In return for finding their GNOM Talk set on the south side of the island, players can get an easy 25,000 XP.

You can easily drop to the location just south of Apres Ski and to the southwest of Misty Medows. All you need to do after that is take a short hike down to the coast. There, you’ll find a small amphitheater set up among some rocks and trees, filled with gnomes avidly listening to a silent speaker.

Walk toward the stage and a sound cue will play, followed by the Slurp Barrel next to the speaker on stage exploding, taking the Gnome with it.

That animation will pop the GNOM Talk challenge and give you your XP—and you won’t even get covered in residue for being so close to the explosion.

There are no signs that this is a form of aggression from the bears to re-ignite the flames of war against the Gnomes, but more side quests like this will probably start appearing in future Fortnite updates—if not just so Epic has a reason to include more gnomes in weird scenarios on the map.