";How to complete every challenge for Fortnite Chapter 2, season 2, week 6 | Dot Esports
Skip to content 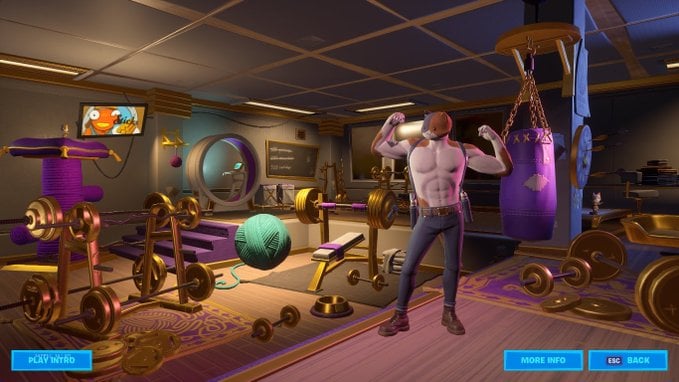 This week’s challenges will make up part two of Meowscles Mischief following last week’s kick-off to the set of tasks. Here’s what you need to know about these leaked challenges.

How to complete every Fortnite challenge for week six

To complete this challenge, players must simply visit Steamy Stacks or Frenzy Farm, which are both located in the northeastern portion of the map.

Steamy Stacks has 23 chest spawns, most of which are located inside the powerplant buildings. Steamy Stacks is a great location for finding a lot of chests and it typically isn’t too heavily populated due to its location toward the edge of the map.

Frenzy Farm has 21 chests, but those chests are spread out. The big house in the middle of Frenzy Farm is a good place to find chests, but remember other players will be completing their challenges too. It might be a good idea to drop at one of the outer buildings, even if it means finding fewer chests. It’s fine to take multiple trips.

This challenge is best completed by dropping at an area that you already know most of the chest spawns. Pleasant Park, for example, typically features chest spawns in the attics of the many suburban houses that make up the location. Landing on a roof there in Pleasant Park is a pretty surefire bet to get a chest within 10 seconds. This challenge won’t be too difficult if you go into the game intending on opening a chest you’re already familiar with.

Deal damage to players while riding in a Choppa – (200 damage)

This challenge will be easier to do with a buddy. If you have a buddy or a squad that you run with, one teammate can drive the Choppa while other players deal damage with longer range weapons.

If, for whatever reason, you only play this game solo, there are a couple options to complete this challenge. You can drop into a Team Rumble or squads fill game and get into a Choppa with randoms. Another option is to deal damage with the Choppa itself. If you run into someone with the blade, it does damage. So that would presumably also count toward completing the challenge.

Catch a weapon, a can, and fish (one of each)

Grab a fishing pole or harpoon gun and fish until you get each item.

Eliminate opponents at The Yacht or Salty Springs (five times)

The Yacht is located in the northwest part of the map, while Salty Springs is in the southeast. Salty Springs is infamously sweaty and is the go-to location for a lot of the Fortnite player base. The Yacht, however, has a bunch of AI who alternate between stormtrooper levels of aim and controller aim assist levels of aim. So it’s just a matter of picking your poison.

There are dog houses located in Retail Row, Pleasant Park, and Salty Springs.

This challenge is worded in a confusing way. “Block damage with a Decoy Grenade” likely means your decoy needs to take damage. Simply throw out a decoy and hope that enemy players attack it. They come in packs of three, so you might want to try throwing a bunch at once.

Dance at Lake Canoe, Camp Cod, and Rainbow Rentals – (one of each)

Ride the Steamy Stacks, a Zipline, and use a secret passage in a single match – (once)

There’s a really easy path to complete all these things in one go. Land at Steamy Stacks, grab some loot, and use the stacks to reactive your glider. Glide straight south until you see the ziplines. Use those ziplines to continue south until you reach the Grotto. If you go to the south side of The Grotto, you’ll find a secret passage inside the dumpster that takes you down inside The Grotto.

These challenges should be available for completion on Thursday, March 26.