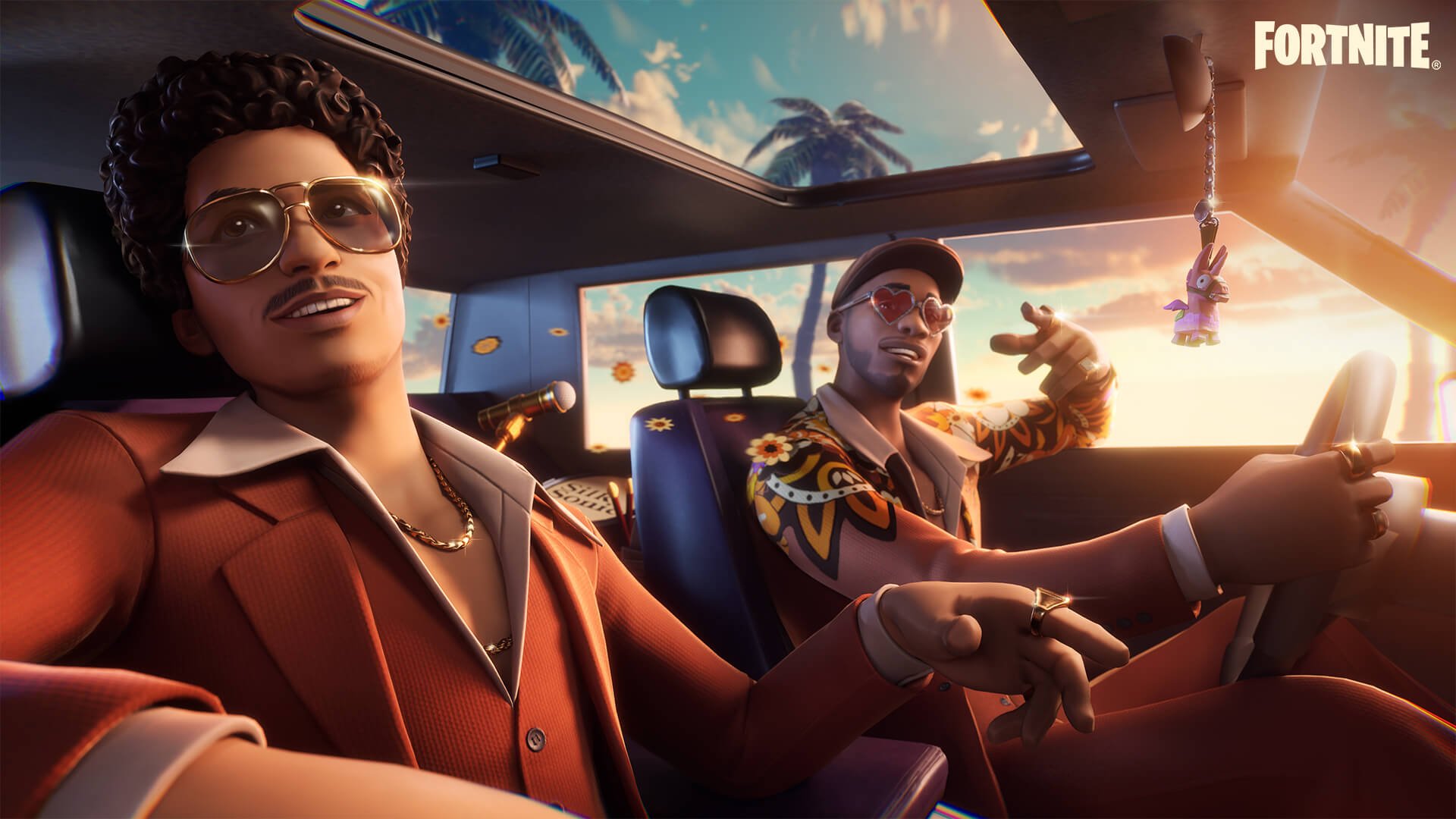 Fortnite’s Icon Series is getting two new members: Bruno Mars and Anderson .Paak. The Silk Sonic duo will arrive in Fortnite on Feb. 10, but the celebrations will start earlier than that.

Epic Games is also hosting a cup three days before the skins become available in the game, giving players a chance to unlock Bruno Mars and .Paak early.

To participate in the Silk Sonic Cup in Fortnite, players will need to head to the Compete tab in the game. You’ll be able to compete in the tournament through the Compete tab, but make sure to read the rules beforehand. You’ll also need to activate two-factor authentication (2FA) for your account since accounts without 2FA won’t be able to participate.

Scoring in the tournament will be as follows.

Each elimination will also reward players with a single point. Players will need to secure the following placements in their regions to unlock Bruno Mars and Anderson .Paak.

The Silk Sonic Cup will take place on Feb. 7.