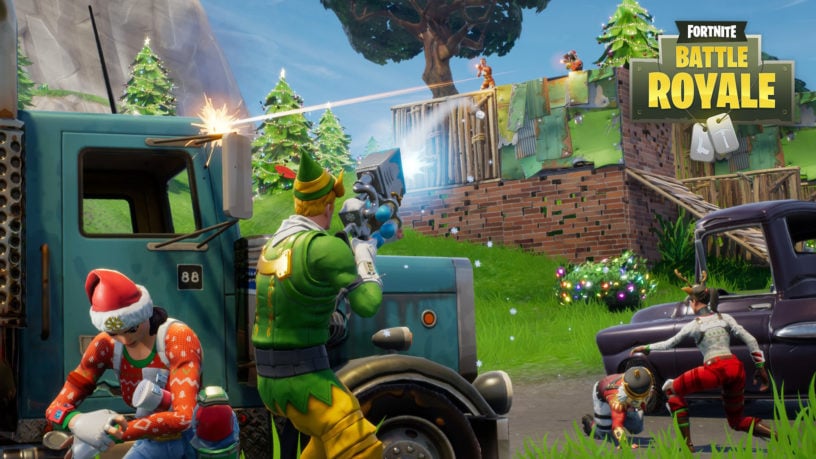 ShiinaBR posted several tweets showing off exclusive loading screens and announcing that Winterfest is supposed to begin on Tuesday, Dec. 17.

Winterfest will reportedly include a cabin where players will be able to open presents. When players enter the Battle Royale lobby, there will reportedly be an option to visit the cabin, which is displayed in the bottom left of the screengrab.

Every player will have a “Lootbox Sock,” which hangs over the fireplace in the cabin, according to the data miner. Presents can be seen on the left and right, next to the Nutcracker.

HypeX, another Fortnite data miner, posted a video showing off the cabin along with the fireplace, Nutcracker, and the large red present.

Fortnite fans will reportedly be able to celebrate the holidays by opening daily presents starting on Dec. 17. No information has been released on Winterfest’s end date, however.