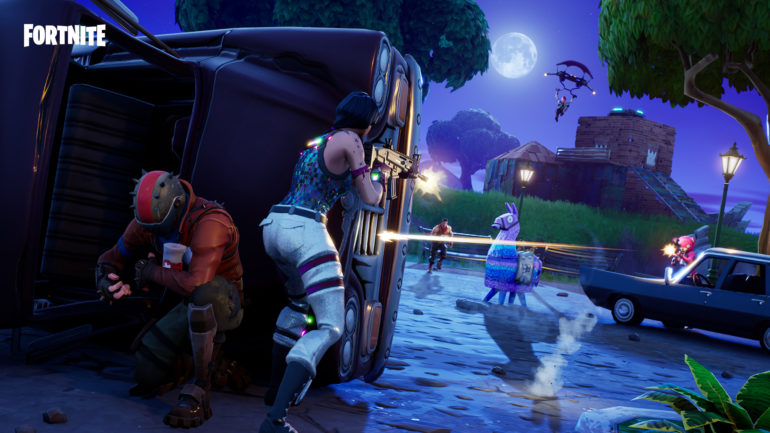 Team Rumble will always be an available game mode starting today, regardless of the limited-time modes rotating in and out of Fortnite: Battle Royale. That means Team Rumble is now considered a default mode like Solo, Duos, and Squads, and Epic Games will enable other large-team LTMs like 50v50 alongside it.

Before that, Epic would replace Team Rumble from time to time for similar limited-time modes like Food Fight, Disco Domination, and 50v50. The Fortnite community, especially in the game’s subreddit, would usually complain about it and ask for Epic to add the mode back.

Team Rumble is a Fortnite mode where two teams of up to 20 players face each other with respawning enabled. Instead of focusing on surviving, players have to get eliminations to help their team be the first to get 100 kills and win the match. The Team Rumble loot pool is slightly different from the standard modes and weapon availability is considerably higher since players must be geared up for all fights.

Team Rumble grew in popularity mainly due to being the first game mode in which players could focus on gunplay and getting eliminations without being too punished if they failed. If another person eliminates them, they just get back into the fight five seconds later instead of being kicked out of the match like in the standard Fortnite modes.

The mode also allowed players to progress through elimination challenges from the Battle Pass faster and easier than in default modes due to respawn mechanics. You always get more than one try at eliminating someone.

Epic said other large-team modes will rotate in on Friday and will stay until Sunday. “If the playrates are solid enough for this playlist setup, we will continue this pattern for the foreseeable future,” Epic said.

Team Rumble is already available as a permanent mode.