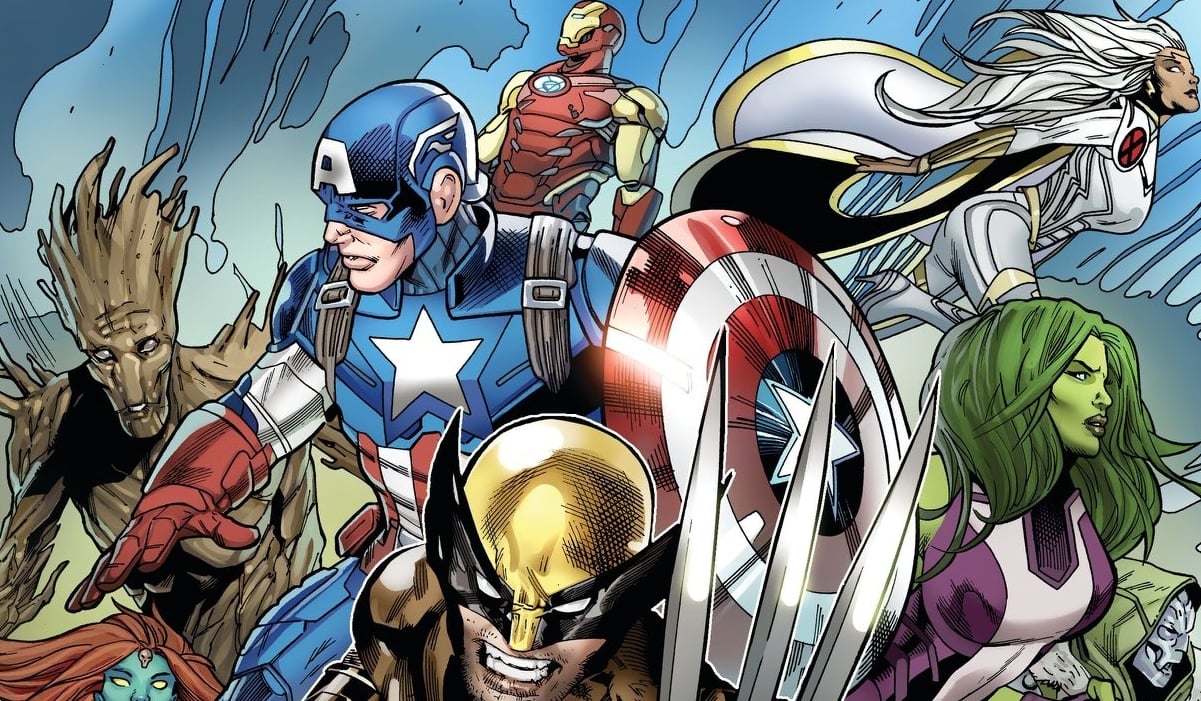 The Marvel universe is set to invade Fortnite’s island in season four tomorrow and the newest in-game comic has revealed some amazing battle pass skins.

In the comic series, Thor has been battling various Fortnite characters and he wound up using the Bifrost for help. Some of Marvel’s heaviest hitters teleported into Fortnite in the newest comic.

Iron Man, Captain America, Wolverine, Dr. Doom, Storm, She-Hulk, Mystique, and Groot can all be seen in the final panel of the comic, which teases “to be continued in Fortnite season four.” Captain America is an already-released skin, but he could hit the store once more during the season.

Previous leaks and data mines hinted at some of these characters, like Wolverine and She-Hulk. But the inclusion of some of Marvel’s biggest heroes and villains, like Iron Man and Dr. Doom, is an awesome surprise.

This season’s battle pass looks to be one of the hottest yet, especially for fans of Marvel. And the tease of the ongoing struggle between Thor and Galactus could mean a season-ending live event featuring the towering planet devourer—and that’s something that simply can’t be missed.

The newest season of Fortnite goes live in the early hours of tomorrow, Aug. 27.