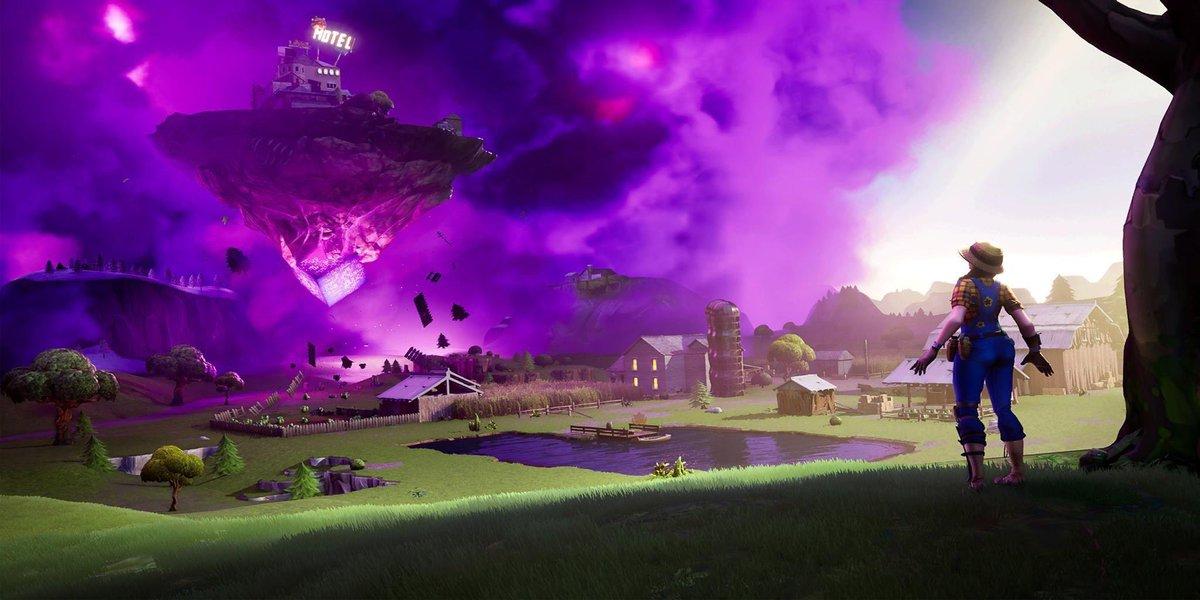 Fatal Fields is about to change in Fortnite: Battle Royale.

The rift beacon that’s been placed in that area is now active and a rift is forming right above it. Fortnite players who have been following the season X map changes know that this indicates that something in that area is changing soon. Fatal Fields will either be replaced by a new location or something will be added to it.

If anything is happening to Fatal Fields, it’s likely coming in the next update this week, which should take place between Tuesday and Thursday.

Fatal Fields is one of the few locations in Fortnite that’s remained untouched through many seasons. The area looks about the same as it’s always been since the first seasons and no area could replace it in a time travel like the ones that happened in Mega Mall, which is now Retail Row, and Dusty Divot, which is Dusty Depot again.

Some Fortnite data miners believe Fatal Fields will instead mark the return of the mysterious purple cube that players named Kevin. An image of the cube carrying a floating island, just like it did in season five, appears as a leaked Loading Screen for one of this week’s challenges. That likely means that Kevin and the island will be floating over Fatal Fields once the next Fortnite update goes live.

If that’s what’s coming, the island will become an additional drop spot for players going to Fatal Fields. The energy field created by Kevin will send players on the ground flying to the island, while players who are on it will be able to glide down safely when leaving it.

Unlike in season five, when Kevin roamed the map, fans can expect it to stay in Fatal most of the time. All areas that change in season X seem to be frozen in time. So regardless of what happens to Fatal soon, it should stay there until the season is over.