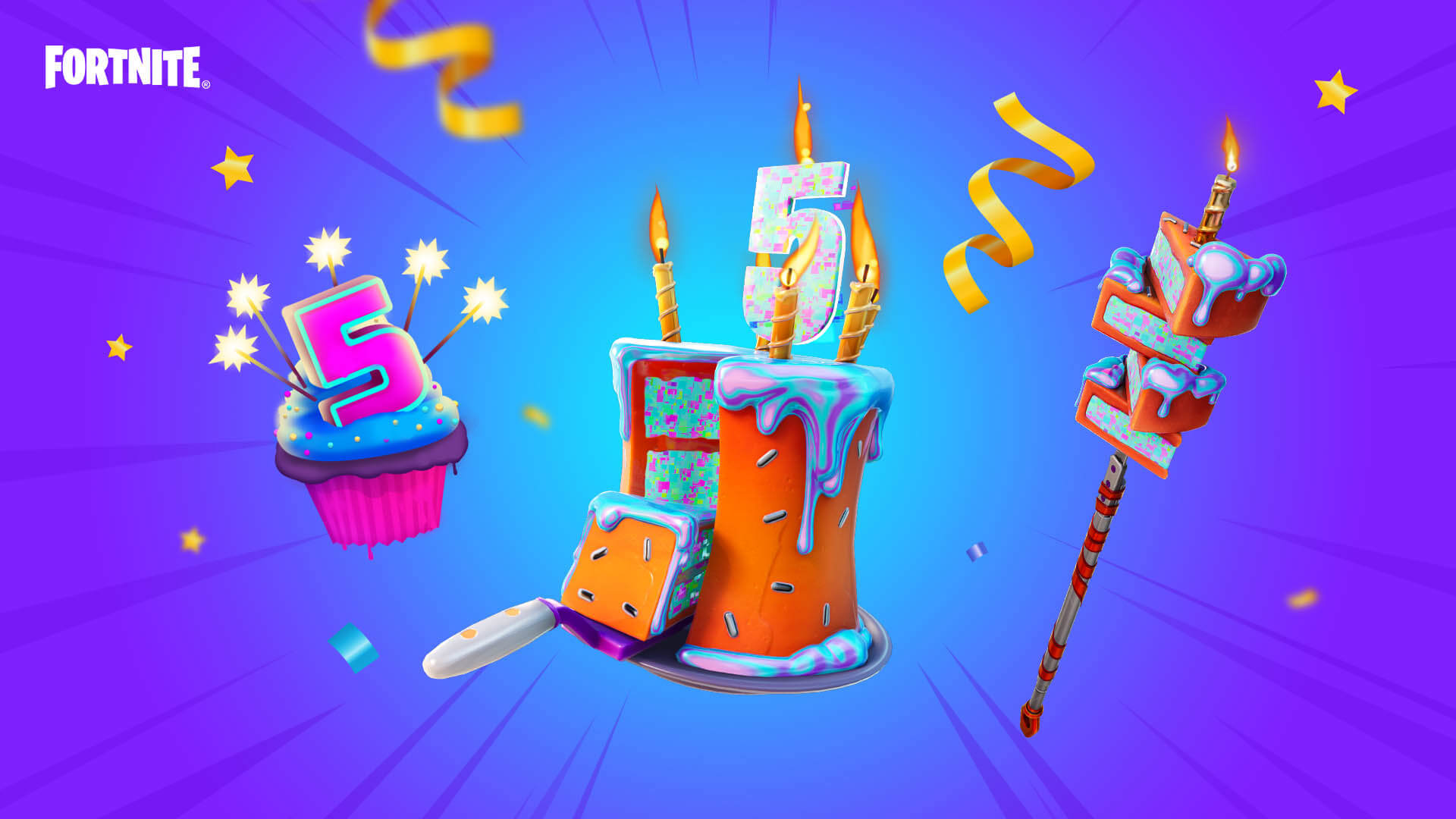 While it may be hard to believe, Fortnite battle royale was released five years ago on Sept. 26, 2017. In the time since, the game has developed beyond its tower defense and battle royale roots to become a platform for different game modes and experiences. And now, Epic Games is set to celebrate this anniversary of the battle royale in a big way starting on Sept. 23 at 8am CT.

Epic made the announcement today with a blog post detailing the features coming during this birthday celebration. To start, there will be a number of new quests involving the presents that players will find on the map and enjoying the birthday cake. Balloons have also returned, allowing players to fly high above the competition.

Epic also invites players to celebrate the game using Fortography, the art of taking unique photos inside Fortnite. The theme of this celebratory period is, no surprise, “Celebrating a birthday.” Players are invited to submit pictures to Twitter, Instagram, or Facebook using the #FNBR5 hashtag. On Reddit, users can share their photos on the r/FortniteBR subreddit using the Fortography flair.

Epic gave a few ideas for Fortography shots, including opening presents in the battle royale or setting up your own little birthday setting with your favorite characters. Players can also use any existing shots they’ve already taken that they think would be a good fit for this celebration theme.