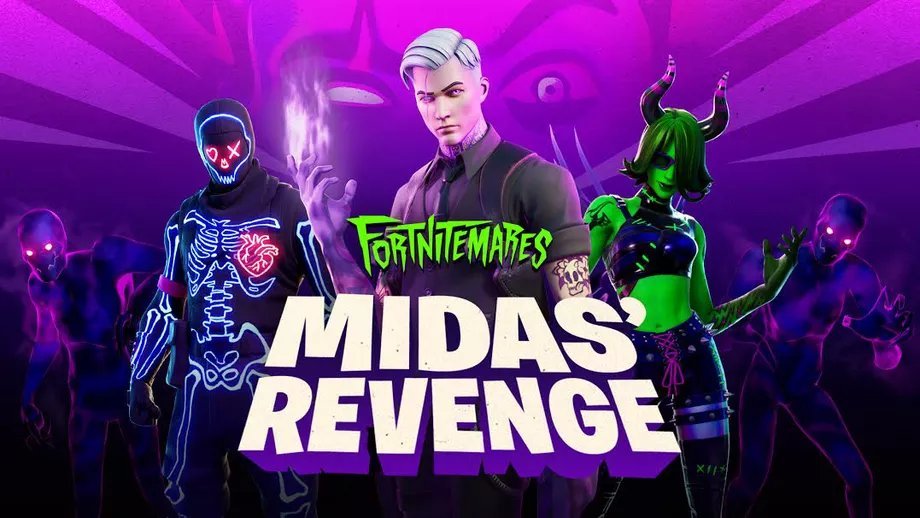 Fortnite fans got their first look at this year’s Halloween event today with the trailer for Fortnitemares Midas’ Revenge.

The trailer showcases what appears to be shadow enemies that players will have to fight off in addition to players in-game. The trailer also showed a variety of different skins that will be available throughout the duration of this limited-time event. The event will be accompanied by a live performance from musician J Balvin on Halloween.

One of the most notable features in the trailer was the return of Midas, the Spy Boss at the Agency who was the key antagonist in Fortnite Chapter Two, season two. Following the conclusion of The Device event, it’s believed that Midas may have been working undercover, changing his appearance after the event. The character is back in his traditional form, though, with some mild changes to suit the theme of Fortnitemares.

Over the course of the event, players will be able to complete challenges to earn special-themed rewards, including cosmetic items such as skins, weapon wraps, and back blings.

Fortnitemares has been a limited-time mode returning to Fortnite around Halloween every year since 2017. The mode was initially created for the Fortnite: Save The World game, but it made its way over to the battle royale in season six and has continued since. The event sees computer-controlled enemies spawn into the map during games, providing players with another objective to complete for bonuses within the game.