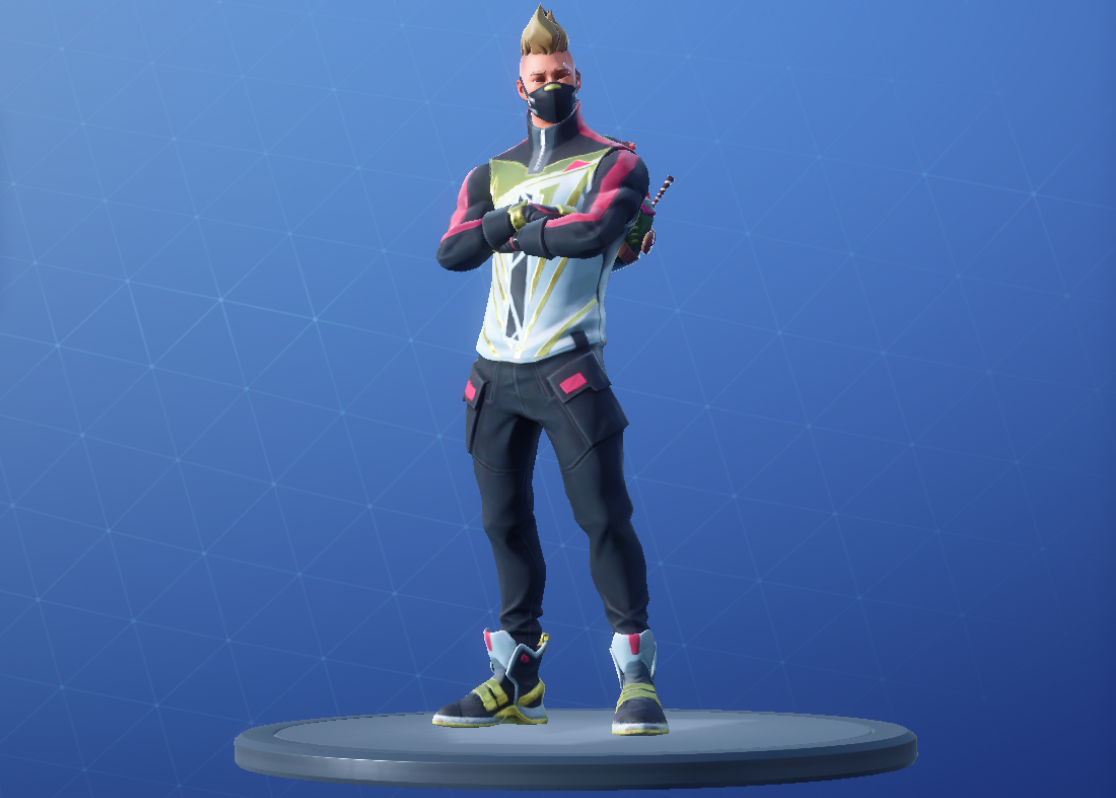 Australian YouTuber Lachlan recently brought to life the Fortnite Drift outfit. He published six photos on his Instagram account of himself dressed with stage one of this season five outfit. All photos show him as Drift on a street covered with colorful graffiti.

Lachlan recreated every detail of this stage of the outfit. His blond, spiky hair might have been the easiest part since Lachlan is used to styling his hair like that. The black mask with a golden stripe covering his mouth is also there.

Drift’s clothes are almost perfectly reproduced, too. There are the pink stripes that go from the neck to the end of both black sleeves, the white and golden jacket, and the black gloves and sneakers with golden details.

This is the first time Lachlan has published a Fortnite cosplay. He is mainly a YouTuber who has an impressive 8.6 million subscribers on his channel, which has been exclusively about Fortnite for the last 10 months. He has previously tied the Fortnite World Record for most eliminations in Squads for 59 in a single game.

The Drift outfit Lachlan recreated was only available on season five. It was one of the special outfits players could upgrade throughout the season by earning lots of experience points. Players who got 10,000 XP during the season with the Drift outfit unlocked the version that Lachlan used, but there were another four stages to that outfit that players could unlock as they gathered experience.