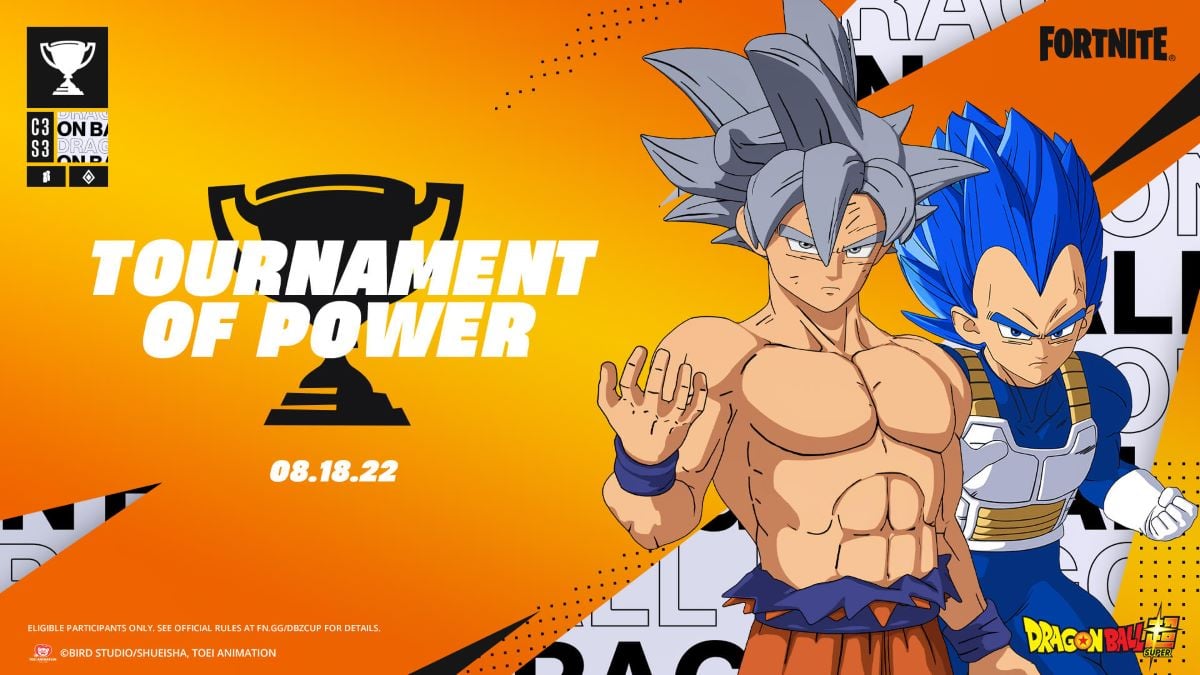 After the emergence of rumors and leaks about a possible collaboration between Fortnite and Dragon Ball recently, Epic Games has finally released the update where the two media franchises collide, bringing a handful of new events, content, and features to the battle royale game.

One of the newest events Fortnite players can join thanks to the newest crossover is the Tournament of Power. Here, players can participate as duos in a battle royale match. Though a twist is added to grasp the Dragon Ball flavor, such as the inclusion of the Kamehama and Nimbus Cloud drops.

Here’s everything we know about the Fortnite x Dragon Ball crossover event’s Tournament of Power.

How to compete in Fortnite x Dragon Ball Tournament of Power

Just go to the Tournament of Power’s Compete tab along with your duos partner. Though remember that both of you should have a Two-Factor Authentication on your Epic accounts to be able to compete. Also, each account should also be at least level 50.

The Tournament of Power will be a one-day event for all regions. It will take place on Thursday, Aug. 18, and the specific time schedule for each region can be located in the Compete tab found in the game. A three-hour window will be available for each player, and up to 10 matches can be played.

As mentioned, the format for Tournament of Power will be a duos battle royale match. One point will be given for each elimination a player can record. But if a player can kill an opponent with the Kamehama move, an additional point will be rewarded. An Epic Victory can grant up to 25 points in total.

Here are the prizes players can grab in participating in the Tournament of Power event:

Additionally, a Kamehama Leaderboard will also be posted. This list will feature players with the most number of kills using the Kamehama move found from the Capsule Corp which will be dropped all over the map.

For more information about Fortnite x Dragon Ball’s Tournament of Power, you can visit the event’s official website to know more.