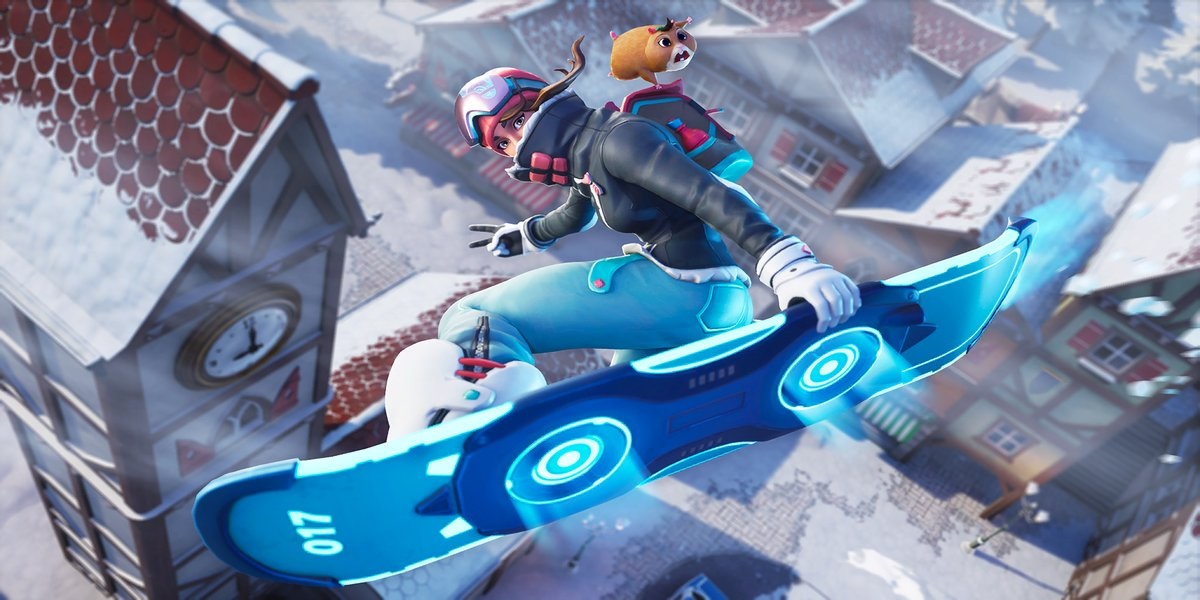 Fortnite: Battle Royale players can obtain a new banner now that week four challenges of season seven are out. This secret Banner is exclusive to those who complete four full sets of weekly Battle Pass challenges, which means only players with the premium version of the pass are able to see and get the banner.

As with any Battle Royale challenge, players can get the secret Banner in standard or Limited Time Modes, except for Playground.

Week four hides a secret Banner that players can grab to use in their game profile after interacting with it in a match. The hint to where it’s located in the Fortnite island lies within the loading screen, which players will unlock after completing their fourth set of challenges.

The loading screen shows character Powder on a Driftboard landing a trick over an area that seems to be Happy Hamlet, which is in the southern area of the Fortnite island. There’s a clock tower to the character’s left and a green building with three floors to the right. There’s a blue banner hanging on the wall of the second floor of that green building, and that’s where players will find the secret Banner.

To interact with the banner, first drop at Happy Hamlet and go to the clock tower that is right at the center of the town. You’ll notice there are clocks in two sides on the tower, one west and another east of the tower. Go to the east side and face the clock.

After facing the clock, look to your right until the compass at the top of your screen is between 345 and N. A green building will appear in your line of sight. Build towards the second floor and the secret Banner should be floating near the wall.

If you don’t see the banner, try breaking the wall of the second floor. If you still don’t see it, make sure you have completed at least four full weeks of challenges, including the challenges from the paid Battle Pass.