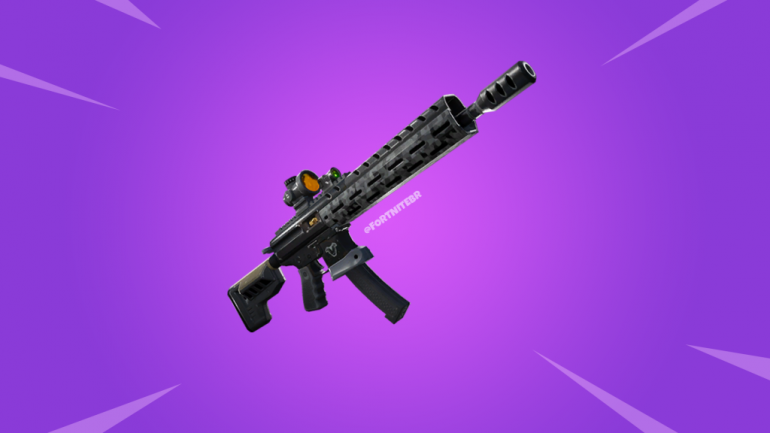 The Fortnite Tactical Assault Rifle leak has been confirmed. We now have the official description for it via well-known data miners. The timing of this and the confirmed update scheduled for tomorrow make it likely that we will see its release this week as part of the new update.

Prominent Fortnite leaker s1I0x posted a picture of the Tactical Assault Rifle as well as its description.

“This robust and precise assault rifle is the ideal option for tight quarters,” the official description says. It seems that this new weapon is actually a close range rifle rather than short- to mid-range like the other assault rifles in Fortnite. This is a little surprising since the other recent weapon was the combat shotgun, another short-range weapon that replaced the pump shotgun.

The Tactical Assault Rifle won’t be the first tactical version of a weapon, as there are already SMG and shotgun variants. Another Fortnite leaker lucas7yoshi_ posted the stats of the weapon. It will be available in the rare, epic, and legendary versions only. It will be best used at point blank range.

Damage at point blank is 22 base damage with an expected seven rounds per second. At its max range, though, the damage will drop to 14.85 damage per bullet. The range isn’t that great for the Tactical Assault Rifle so it is best used in close-range. It does 25 damage to structures, making it useful for destroying enemy buildings quickly.

Regardless, there are better close range weapons like the powerful combat shotgun, though it’s likely that the Tactical Assault Rifle will be a great weapon at the start of matches. It is expected to release this week as part of the first major content update in season nine.