Where to find a Drift painted head, a dinosaur, and a stone head statue in Fortnite season X

One of the first challenges of the season is out. 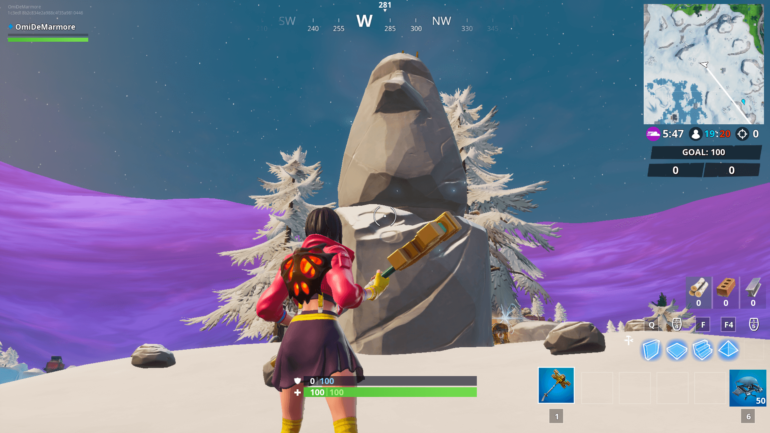 Fortnite’s season X debuted with many new challenges for Battle Pass owners. Starting this season, only those with the paid pass will get exclusive missions that will let them unlock Battle Stars to progress faster through all of the tiers of rewards that Epic added to the game.

As part of the Road Trip missions, players have to visit a Drift painted head, a dinosaur, and a stone head statue to complete one of the challenges and unlock new objectives. Doing this will unlock a new reward from the Normal set, depending on how many other tasks have been completed. It can either be Battle Stars, XP, or a new pickaxe.

To complete this challenge, players must be in any Fortnite default or limited-time mode, which means it’s impossible to complete it in Playground or Creative islands. Modes like Arena and Team Rumble will count normally. You can also visit these three in any order you like.

Here’s a map of where to find all three items on the Fortnite island. Screengrabs with the specific location of these objects can be found below the map.

The Drift painted head is east of Pleasant Park, where it’s been for a few seasons now. Just land next to it and you’ll complete this first step.

You can land in the middle of three dinosaurs far south of Paradise Palms. Getting close to them will let you progress.

The stone head statue is north of the frozen lake in the snow biome. It’s easy to spot when you’re gliding over that area.