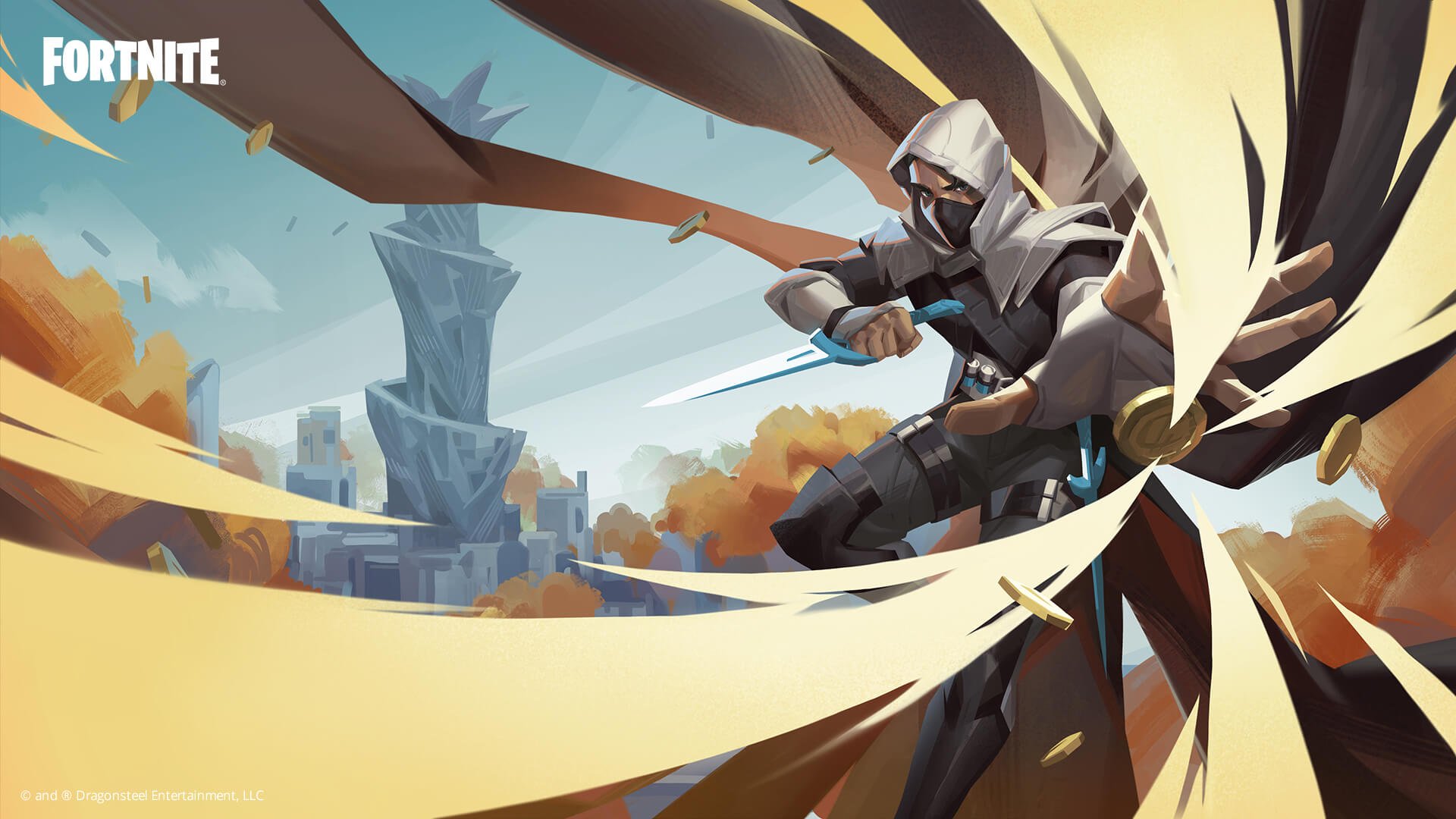 After earlier reports of a collaboration between Fortnite and the popular novel series Mistborn, a set of skins have been added to the game taken from the novel’s universe.

One of the series main protagonists, Kelsier is now available for 1600 V-Bucks along with the Hemalurgic Back Bling, Volcanic Glass Daggers Pickaxe, and a themed loading screen to match. This new skin also has a few styles to change things up and keep it unique. These include a masked form and a fully sleeved variant.

Mistborn is a series of novels written by Brandon Sanderson. Kelsier is one of the main characters from the first book in the franchise, Mistborn: The Final Empire. There are currently seven books released with the most recent being Secret History in 2016, but four further books have been announced and fans expect to see them released in the coming years.

Rumors of the collaboration came about after Fortnite shared a cryptic teaser. Fans quickly recognized the symbol present in the teaser was from the Mistborn series, the emblem for Iron.

It wasn’t long until Fortnite themselves shared news of the collaboration and the unique cosmetic items became available in-game.

If you plan on picking up these new skins you may want to act soon, as they will only be available in the store for a limited time.