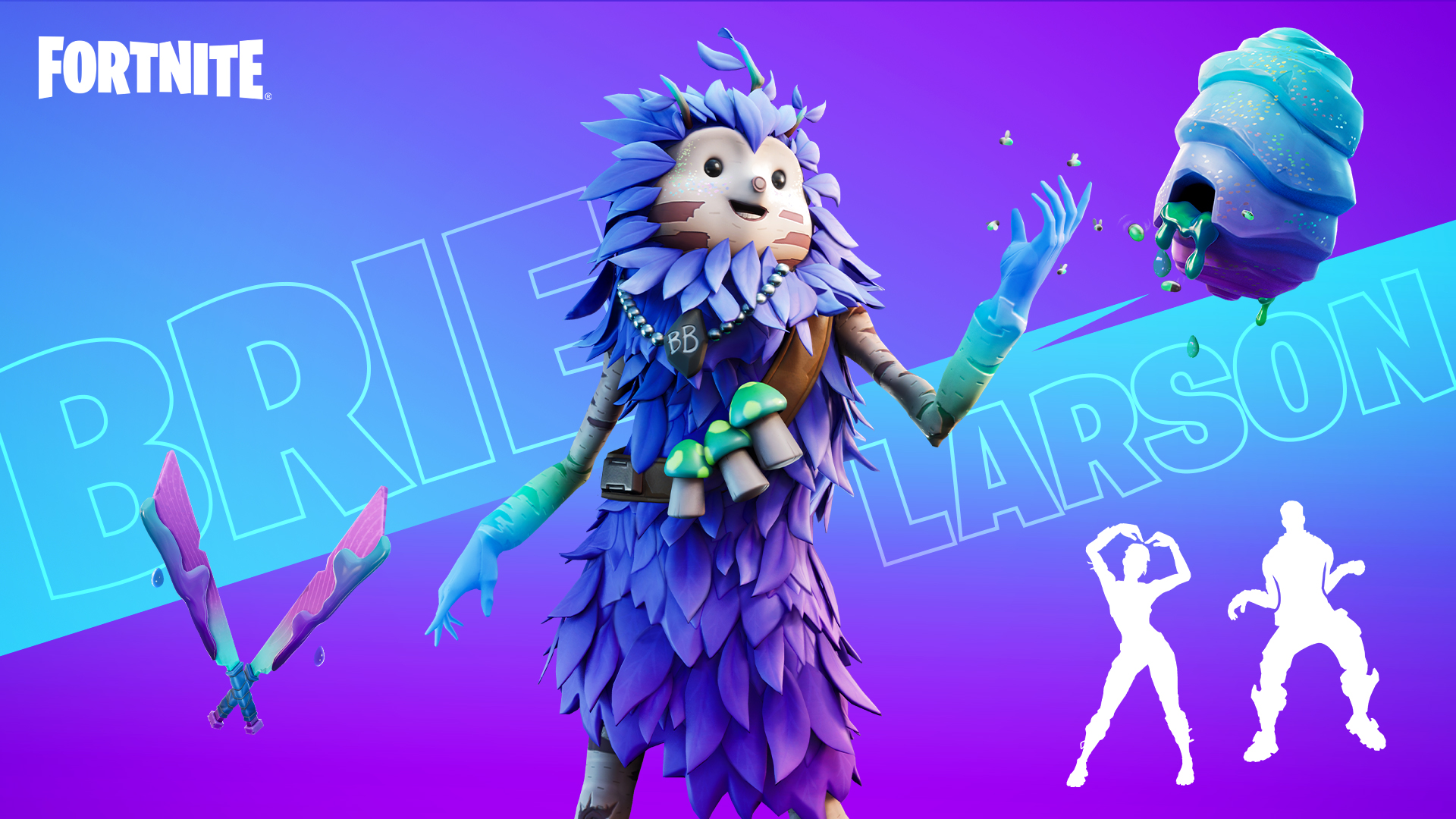 Actress Brie Larson, the star of Marvel’s Captain Marvel, got her own Fortnite locker bundle today.

Larson announced via her Twitter account her bundle is available in the Fortnite Item Shop now. The bundle, which includes an outfit, harvesting tool, back bling, and two emotes, cost 3,000 V-Bucks.

Since Larson’s “real life squad” is called the Bush Babies, she chose to include an altered version of the Bushranger skin in the bundle. The skin and its several variants, are joined by the Buzzy Bag back bling, Honey Hitters harvesting tool, and emotes Freemix and Glitter.

This is just the latest instance of Larson collaborating with Epic in Fortnite. Captain Marvel, the character she played in the 2019 titular film, debuted in Fortnite as an outfit in December 2020 alongside Black Panther and Taskmaster. Numerous Marvel characters have also been introduced into the game.

If you’re interested in buying Larson’s locker bundle, make sure to do that soon or you might miss out.