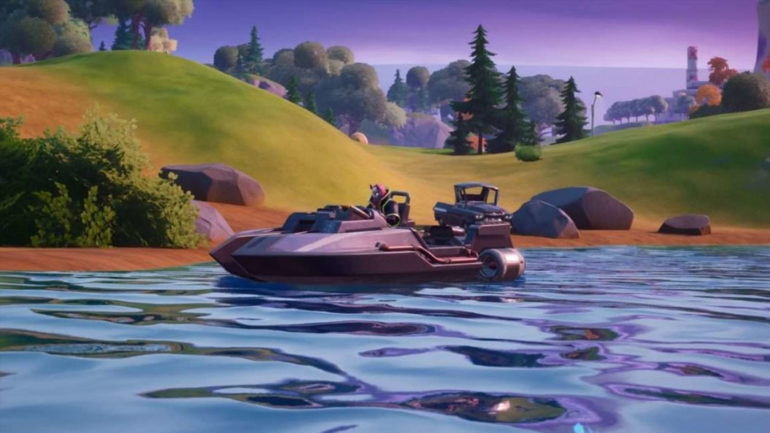 A Fortnite player shared a play on the FortniteBR subreddit last night that shows their Motorboat sliding perfectly into a broken house, seemingly protecting itself from the battle outside.

The clip starts out with the player riding up on an opponent in a Motorboat and jumping out while the vehicle was moving.

While the two were in the middle of a fight, the Motorboat perfectly bounces off the tree to ricochet into a brick wall. Somehow, the boat then recoiled into the house through the broken back wall and parked in the front room of the house.

The player who posted the clip was able to win the fight thanks to the element of surprise, but they can be seen hilariously trying to locate their Motorboat before the clip ends.

Motorboats were the ninth vehicle added to Fortnite. They allow players to quickly rotate around the map through the water or on land. Players can also use the attached missile launcher that deals 35 damage.

Fortnite Chapter Two, season one introduced new mechanics like swimming and fishing. The next season will begin in February.