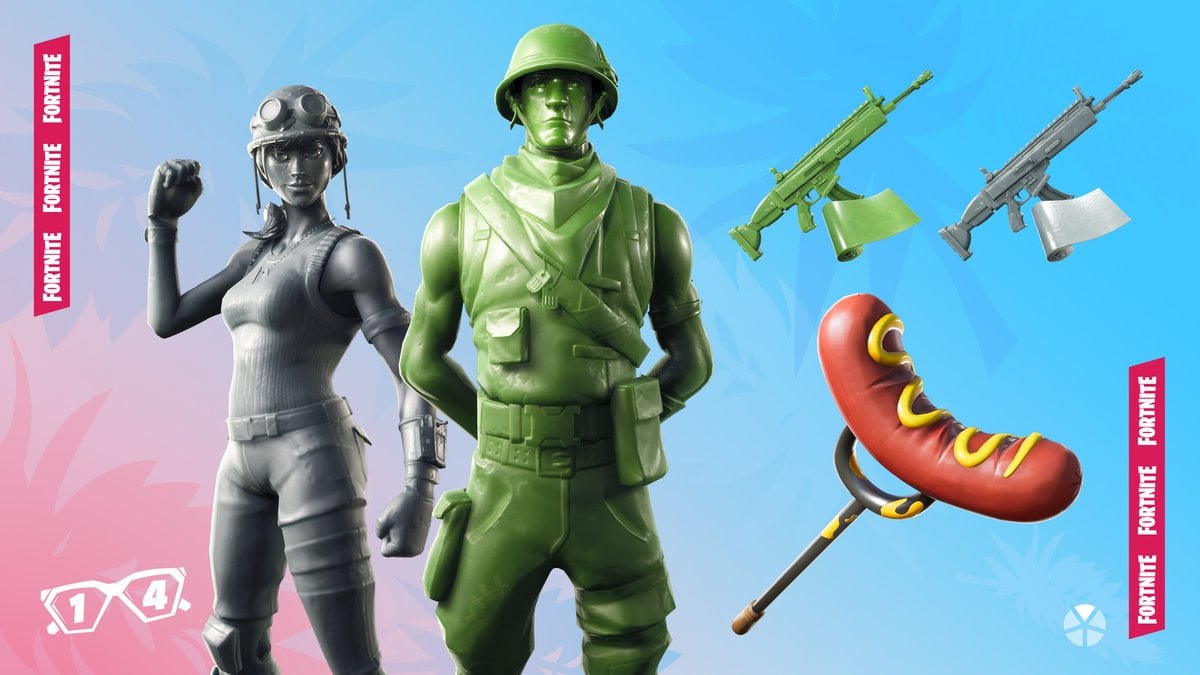 Epic Games reminds players that Fortnite: Battle Royale character skins provide no competitive advantage when they go to the Item Shop. But that statement seems to be slightly wrong for the game’s latest skins from the Toy Soldier set.

These skins take inspiration from green plastic toy soldiers. Of course, they had to be green when Epic added them to Fortnite, and that’s where the issue is. Their shade of green is nearly the same as that of grass and some plants spread across the island, which means players can crouch next to some of them to blend in and become almost impossible to notice.

Players have been joking around with that on social media, saying there’s “this bug” with the skin that makes you invisible in parts of the map. Some screengrabs show that these shades are so similar that players using this skin don’t even need to use a bush, which some would usually use to hide and surprise their opponents. Simply crouching next to a plant is enough. Even some Fortnite pros said the Toy Soldier set has pay-to-win skins.

Even though most players commenting on the colors seem to be taking this issue lightly, it might be a problem that Epic could tackle in the future. The entire Fortnite team is on a break until July 8, which means that if Epic is making any changes to Toy Soldiers’ shades of green, they could take a while to be deployed. These skins can provide a competitive advantage for whoever is wearing them, especially for beginners who might not be as attentive as experts, since it becomes harder to spot them in the grass.

If you want to try this “strategy” yourself, the Toy Soldiers set is still available in Fortnite’s Item Shop at least until this evening’s rotation.