It’s not a bug, and it’s staying in the game. 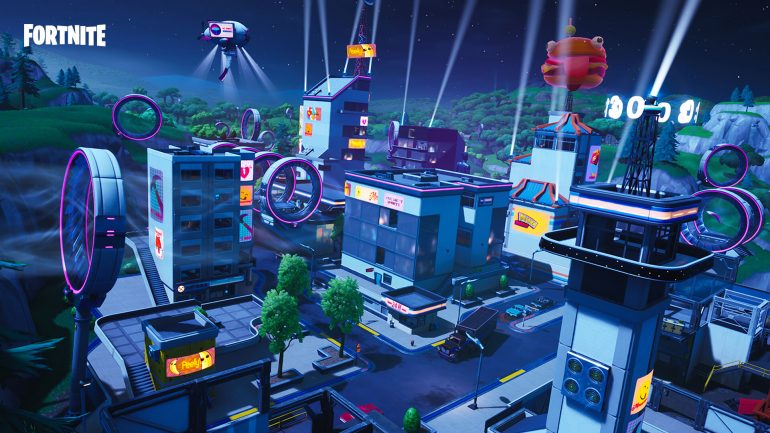 A Fortnite: Battle Royale player found an unusual hiding spot in the game’s new Neo Tilted area. They accidentally dropped behind a neon sign in a building northwest of the area and managed to stay behind it, becoming fully covered by it while being able to move the camera around to see players moving under them.

This is intended and won’t be changed, despite looking like a bug. That’s what an Epic employee said on the Reddit thread where the player shared the video of his discovery.

The sign is close to the northeast slipstream in Neo Tilted. That’s not a busy area and players who hide there won’t get a great line of sight on opponents in a wide range. But it might be a useful position for the early fights in the area, especially as soon as players drop there. Other than that, the most players can probably get from camping behind the sign is some information about opponents’ locations.

The problem with environmental hiding spots in Fortnite is that they’re easy to counter. They offer no protection or versatility, and players are far better building a one-by-one editable box to defend themselves than running the risk of getting caught behind the sign that offers no safety. It’s the kind of trick that works once, and if there’s anyone to witness the first elimination, the spot will probably not work a second time.

It’s like the many bushes spread around the Fortnite island. They’re a good hiding spot, but if you don’t have a backup plan after your first elimination, it’s over. Someone will notice it’s too odd that whoever got the kill chose not to loot the opponent and has vanished from the area. They’ll check bushes.

The most efficient use of that sign is likely faking. Players can glide toward the building and pretend they’re inside it while they’re actually behind the sign. This would give them time to recover shield and health if needed, and the players who were attacking them would give up after searching the whole building and finding no one.

If you think there are more uses for that spot or that you can find similar ones in Neo Tilted or even Mega Mall, go for them. You might catch someone off-guard and get the upper hand on a second enemy.