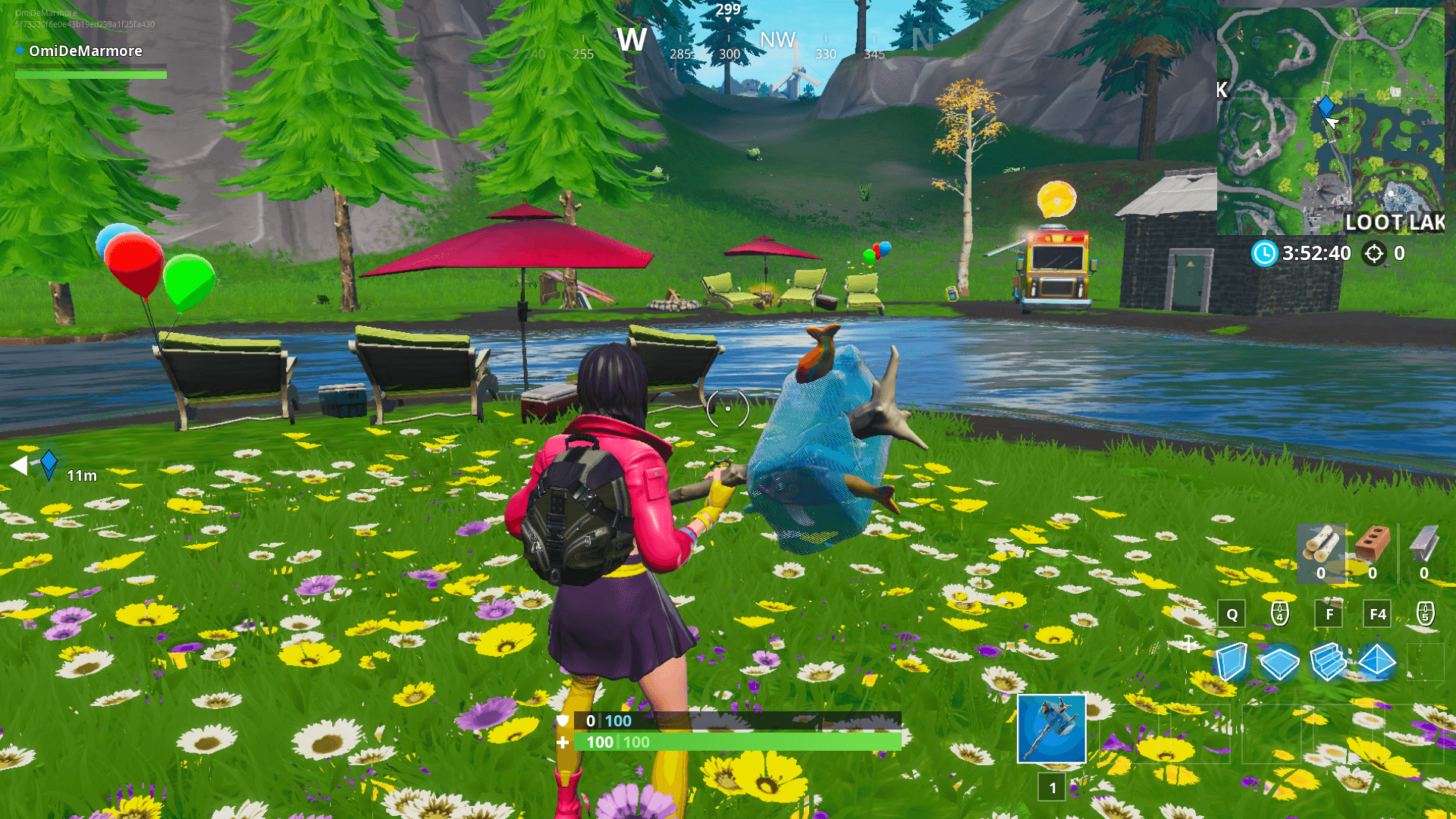 Time is moving fast, and we’re already on the fifth day of Fortnite’s 14 Days of Summer event.

As part of today’s challenge, players will be tasked with popping five party balloon decorations that are everywhere on the island. They look like the balloons that players used to have available as an item, but now they’re a mere accessory to make beach parties a bit more lively.

Players can complete this challenge in any mode that’s not Playground. That means you can still enjoy one of the 14 Days of Summer exclusive limited-time modes while progressing through this task.

Finding these decorations is easy since there are usually two or three of them at the same place. The hard part is that once any player pops them, they’re gone from that match. If you’re trying to complete this challenge in the first few minutes or hours since it’s been out, you’ll have to land quickly and run to them before an opponent does. You can either use your pickaxe or shoot them from a distance.

Here are some great locations to pop party balloon decorations in Fortnite’s 14 Days of Summer. You might find them in other areas as well, but these are the best places to go to.

There are two locations in Paradise Palms where you can find party balloon decorations, and they're both at beach parties.

These balloons are at the beach party by the Neo Tilted river.

More balloons are at the beach party at Loot Lake.

Beach parties in Fortnite apparently must have balloons. Go to the one north of Lazy Lagoon to find three party balloon decorations.