Fortnite Panic Building Guide: How to Build a Quick Fort
Skip to content 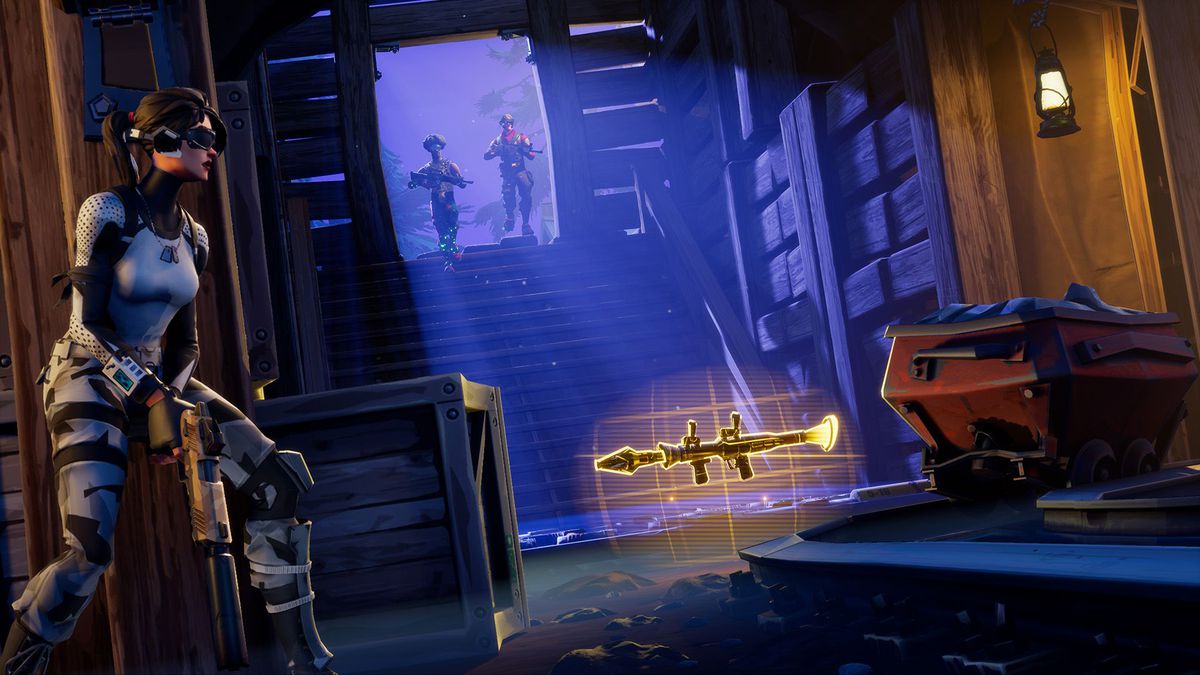 Though you’ll need proper aim to secure Victory Royales in Fortnite, you won’t always get far without building skills. Knowing how to build is essential to put yourself in situations where you can let your aim handle the rest. You can build to take cover, get close to an enemy, or to make sure you have the high-ground advantage.

Panic building refers to instantly switching to build mode upon receiving damage to make sure you don’t get lasered down. While these building pieces you’ll be placing around won’t do you any good, if your enemy is somewhat of an experienced player, you can still perfect this art to give yourself the best chances of survival.

The name panic building may already give you the impression that you’ll be in a losing spot. But you can change the whole momentum of the situation by knowing what and how to build. Time and patience will allow you to get the basics of building under pressure, and you’ll master it through increasing your game-sense. Most variables will change depending on where you are on the map, how many players you’re facing, and the guns they’re using. You’ll need to become as consistent as possible to increase your chances of getting Victory Royales.

Here’s everything you need to know about panic building.

What exactly is panic building?

The definition of panic changes from player to player, but if you see an enemy player putting down random wooden walls after you took a shot at them, you can safely assume they’re in panic mode.

The level of panic may be higher than you think if the walls your target’s creating are completely random, meaning they have no idea where you shot from. These panic buildings aim to soak as much damage as possible to give the builder enough time to find the whereabouts of the enemy shooting at them.

Considering wood is the first material on the list, most panic buildings tend to be made out of it. You can also find experienced players quickly switching to more enduring materials to make sure they aren’t taking any chances.

What are some basic panic buildings in Fortnite?

Even a simple set of walls can be considered a panic building, but some advanced ones out there can help you turn around a gunfight.

The following building routines are some of the most popular ones among Fortnite. These building types are heavily customizable, meaning you can only make them better by tailoring them to your gameplay style. Each build will also differ depending on where you are on the map and whether you’re inside a house.

Putting down a couple of walls can feel simple in Fortnite, but doing it perfectly will make a difference. If you know the angle that you got shot from, instantly placing a wall in that direction will give you the best odds of survival.

Most players make the mistake of moving away from the wall they just placed to peek at a wider angle, which is often a mistake since your shooter will probably have a better vision of you than you do of them.

Compliment your first wall with a couple more and potentially from a square to make sure you have a complete cover. You can edit the back wall of your building to create a door and leave it when necessary.

Considering a small box may not be enough to move around and juke potential coming shots, you can increase the dimensions of your square by placing two walls next to each other and completing the circle from there.

You can edit windows and other openings to your walls to help you peak since moving out of them can turn you into a sitting duck.

The box you just built out of walls may feel quite empty. Complimenting with panic ramps will make it both more secure and easier to peek at enemies. You can even place the ramp right after you put down a single wall, allowing you to switch to combat mode faster.

The curve of a ramp will allow you to peek and shoot your opponent when you’re at the top of it. You’ll also be able to return to safety by moving down the ramp. These ramps will also give you the opportunity of expanding your panic structure since you can place a new set of walls above the previous ones you placed. Combining this with a new ramp will let you go even higher, potentially allowing you to gain a high-ground advantage.

These shenanigans will be easier to pull off if you’re playing duos, trios, or squads with friends since they’ll be able to help you out with building or laying down cover fire.

You can also try to turn around the situation by going for a wall/ramp rush that can easily cause your opponent to panic. Getting out of your cover structure in such a way will let you become the aggressor in the skirmish, and you can even abort the mission with a jump pad if you don’t think you can win the gunfight.

Unlike simple walls and ramps, panic forts usually appear throughout the late game. Once the circle gets so small, players tend to be able to guess safe spots on the map that’ll likely be inside the next safe zone as well.

Once they settle on a location, they may start building panic forts to let them have a bird’s eye view with the perfect cover. Usually made out of bricks and metal, these forts generally go high up into the sky and have multiple rooms/layers that players can retreat back to if anything goes wrong.

Building a fort will help you return to safety in lower levels if you need to heal or put on shields. Though forts mostly used to be tall towers with no other expenditures in the past, they’ve also evolved with the times.

There are more than a handful of fort designs you can learn in Fortnite, and you can bust out any of them depending on the situation you’re in.

Each fort type will help you in a different situation. While some of them will be decent for sniping, others will be more suited to fighting against players that’ll try to get into a building war with you. The more complex your structure is, the harder it’ll be for an enemy player to take down your walls and replace them with theirs.

How can you get out of your panic fort or tower when under pressure?

Though the structures you’ll be putting together will be crucial to save your life or even land a couple of kills in the process, you’ll need to come out of them eventually. Whether it’s the approaching storm or an enemy player trying to find where you’re hiding, not leaving your hideout in time may get you eliminated in seconds.

Considering you’ll be out in the open once you decide to step outside of the fort, there will be a couple of ways you can try out to assure your safety. A launch pad and a crash pad are the two go-to mobility items that’ll allow you to take air and fly to safety. You’ll need to create an opening in your fort to use these items since you’ll bounce back off your roof if you have one in place.

You can build up a couple of levels more to allow yourself to gain slightly more height before taking off, which will also make sure that you’ll be able to fly toward the direction you’d like to go.

The second way of getting out of your port is slightly more challenging, but it may be the only way in close-quarter-combat situations. This method involves building your way out of your fort/tower, meaning that you’ll need a lot of materials to work with, depending on the distance you’re looking to cover.

Note that you’ll be a sitting duck since you’ll need to build at fast speeds, and you won’t have access to your gun in the process. Being in full defensive mode, you should prepare yourself for aggressive gun shots that may be coming your way. This strategy works better in squad or duo matches since you’ll have a person next to you that’ll lay down cover fire for you.

If you’re building your way to another enemy structure, you’ll also need to start taking over their walls and tiles after making it there. These two will be the first steps to starting a build fight. In any case, where you’re building your way to safety, we recommend building a final box at the end to make sure you’re safe against the danger that may approach from any direction.

How can you counter an enemy’s panic building?

If you encounter an enemy player desperately trying to build their way out of dueling with you, there are a few things you can try. Any player that’s too busy putting up walls and ramps won’t be able to fire back at you. This means that you’ll have a nice window of opportunity where you’ll be able to push forward.

Be ready to switch to panic building mode yourself since the enemy player may switch to your guns as they see you closing the gap. One of the most preferred methods of taking out an enemy hiding in a panic fort is using a launch pad to land on top of their building.

If they’ve been peeking off their roof, they may decide to cover it with a roof as you get close. If that’s the case, you’ll need to focus on taking down their walls and replacing them with yours since you’ll need some ground to play around. Shotguns and SMGs will be ideal for bursting down opponents in these close-range fights.

Alternatively, if you trust your building skills, you can try closing the gap with 90s or Dorito rushes, both requiring you to build at great speeds to breach high-ground. Depending on what your opponent’s structure is built on, you may need an RPG or a drum gun to help you take down their defenses. If you don’t have a reliable tool to destroy some of their outer walls, you won’t have much of a chance at killing them unless they decide to fight as well.

Make sure to build your own cover if there aren’t any left around after winning a skirmish since players who heard the gunshots would be approaching your location like blood-smelling sharks. You’ll need time off to heal and put your shields back on, and only a small panic fort can ensure your safety as you heal back to top fighting condition.