Several new weapons could be coming to Fortnite: Battle Royale, according to a recent datamine - Dot Esports
Skip to content 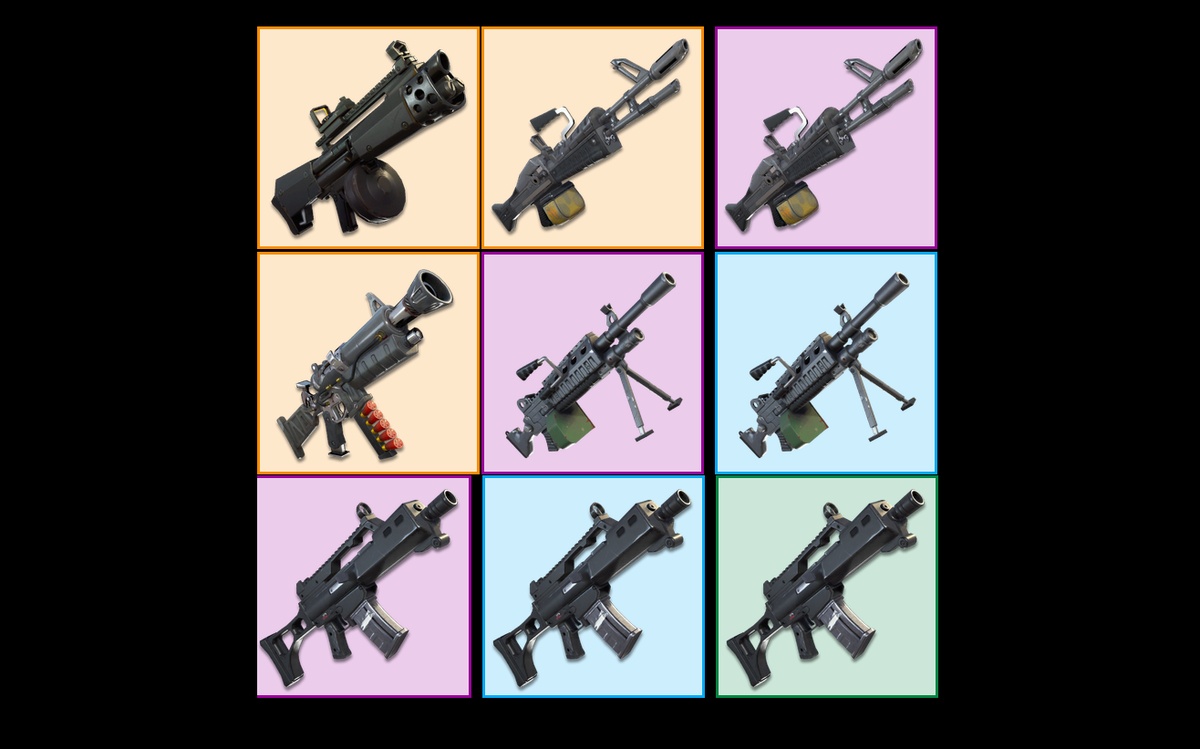 Images via Storm Shield One | Remix by Scott Duwe

It looks like a bunch of new weapons are coming to Fortnite: Battle Royale, thanks to a datamine by Fortnite site Storm Shield One.

It’s unclear when or if these weapons will actually be added to the game, but they’re in Battle Royale’s files as of the 3.1.0 update. In total, six new weapons were found.

The weapons include two new shotguns, an Automatic Shotgun and a Break Action Shotgun, and a couple of light machine guns, too. They’re all of varying rarities, all the way from Uncommon to Legendary.

One of the more interesting weapons is called Hammercrush, and it’s tagged as a “slug gun” and “a rifle that fires slugs with high damage and impact. Good accuracy, but relatively slow rate of fire, and high per-bullet cost.”

Another rifle is the Precision Rifle, which looks a lot like a G36. It’s a new burst rifle “that fires tight bursts that allow for precise targeting in mobile mid-range engagements. Deals good damage, but consumes its magazine very quickly.”

The two light machine guns, meanwhile, look to be in the same family as the ever-popular Minigun, which tears down bases with ease. The LMG is described as a “heavy weapon with high damage, an extreme rate of fire, and a huge magazine size. Very inaccurate unless aiming down sights from a fixed position, and firing in short bursts.”

It’ll be interesting to see if these weapons will make it to Battle Royale in the coming weeks, as well as if and how they change the way the game is played.