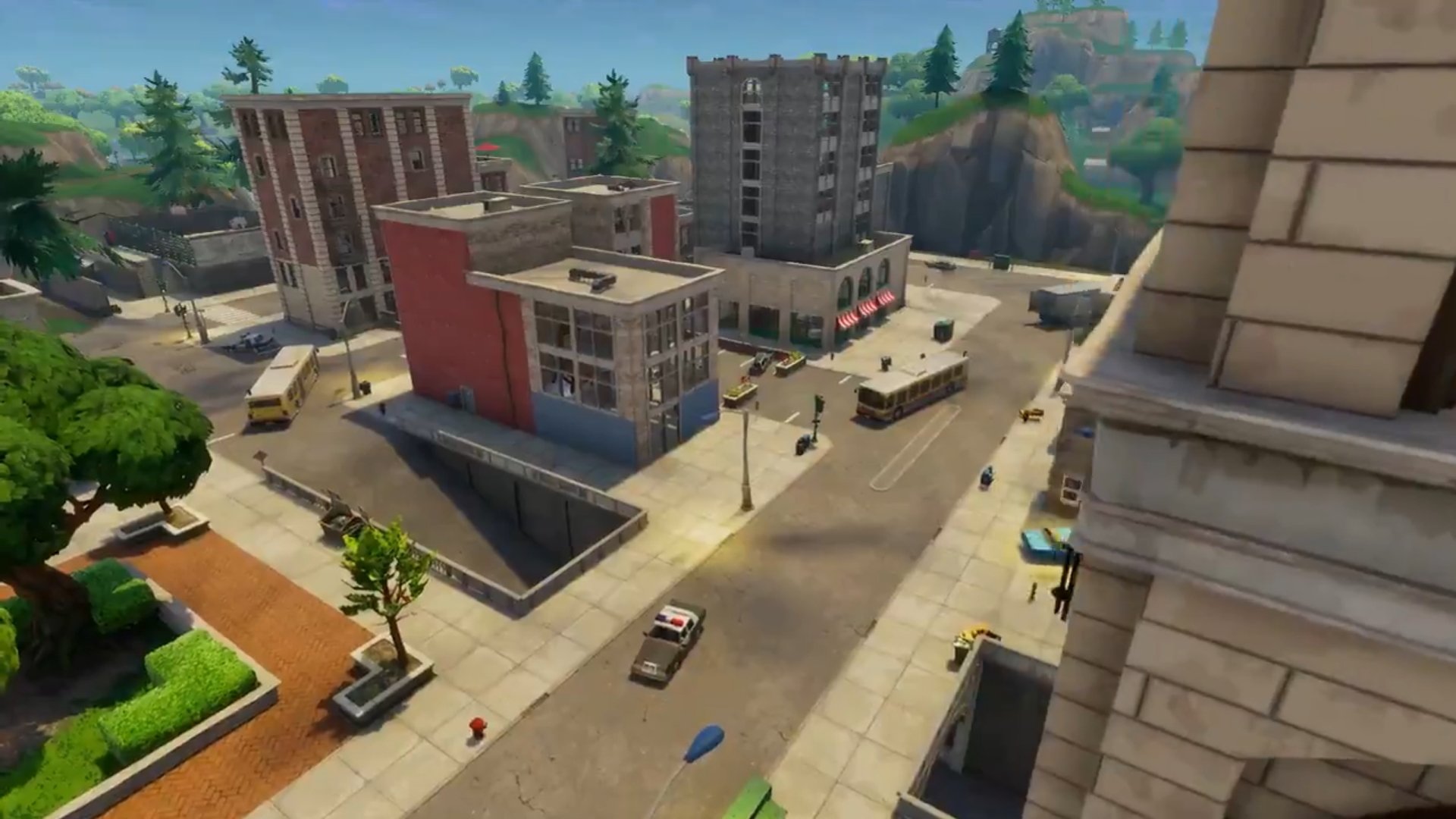 Have you noticed a bright blue light in the sky in Fortnite: Battle Royale? Did you see any telescopes added to the map in last week’s 3.4 update? Some Redditors have, and they think that big things are going to happen soon in-game.

The theory, originally posted by u/Tactical_Peperoni and u/GeneralErica, states that Tilted Towers is going to get “nuked” by a meteorite—that bright blue thing in the sky. It sounds silly, but it’s backed up by some solid thinking. The telescopes newly found on the map have a blue glow in their lenses, and the meteorite seems to be pointed toward Tilted Towers.

Not long after the original theory, a comet in the sky was actually found within the game’s files by u/IronRectangle. So there’s definitely something happening in the skies above Tilted Towers. But what exactly? It remains to be seen.

It gets even deeper, though. Redditor u/vigilancefoetracer was having random controller vibrations while playing on console. They have since deciphered it as morse code that’s asking for help in “D5,” which is the map grid where Tilted Towers is located.

Reasoning behind Epic Games wanting to clear out or change Tilted Towers could be due to a massive influx of players who land there every game, leaving some of the map unbalanced when it comes to loot and player separation.

Considering Tilted is in the middle of the map, it often ends up within the first circle, making it a solid choice to land in any game. So it’s actually within reason to say that Epic might take Tilted Towers off of the map or rebalance it with an in-game event, such as a meteor striking it.

So far, nothing has happened or been said by Epic Games, but we could be heading toward a shake-up in the map sometime in the next few weeks or at the end of season three.