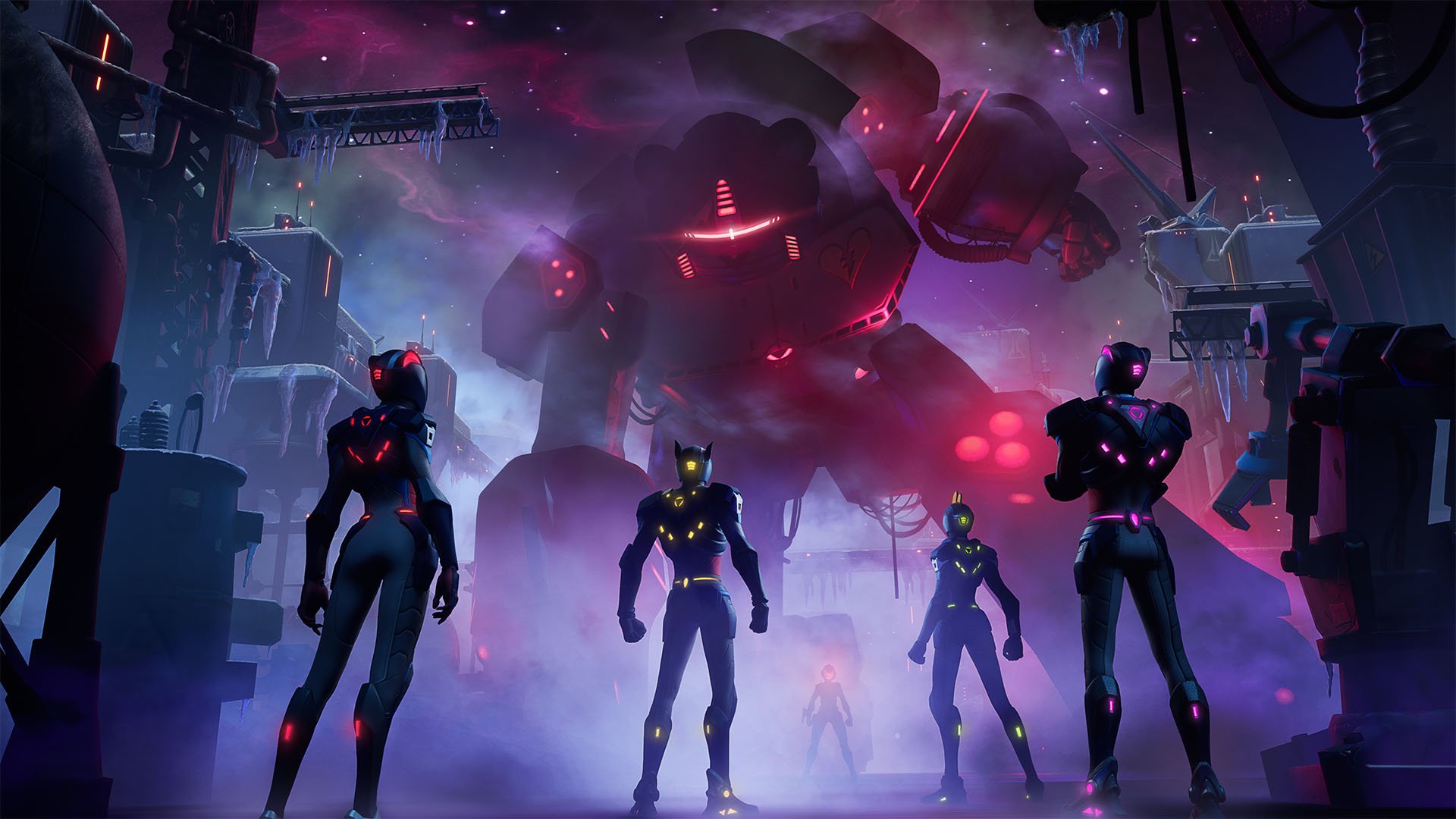 Fortnite is famous around the world for its events and other attractions that draw players back time and time again. After rumors and leaks from Epic Games, players have finally received details about the Chapter Three, season two live event: Collision. The event is scheduled to begin on June 4 at 3pm CT.

In a blog post about the upcoming event, Epic let out some details about what players can expect. Players who are ready ahead of the event will be able to join a playlist 30 minutes before the Collision event starts. As a one-time-only event, players will only have a single opportunity to view the event for themselves, with Epic disabling replays.

In the post, Epic also reshared a teaser it had posted a little while ago. It features different voices calling for players to go into their “battle stations” before forming a Mecha Team Leader head on the screen. Paired with the other teasers featuring the Mecha Team Leader, it appears that the giant robot could be making a comeback on June 4.

Everyone who logs in on June 4 after 9am CT will unlock a special loading screen and lobby track celebrating the event. In addition, players will be able to access special event cosmetics in the Item Shop and will eventually be able to take advantage of the Fortnite Crew Outfit, which is rumored to be related to the event.

Since Collision will mark the end of the current season, players should make sure that they spend all their in-game currency (not counting V-Bucks) before the event happens. Leftover battle pass stars will redeem themselves for the most available object while your Omni-Chips and Prowler quests will just disappear. Players who’ve spent all season chasing collectibles will want to make sure they redeem them first.

With the event date getting closer every day, players should prepare for the end of the season before seeing the Collision on June 4 at 3pm CT.