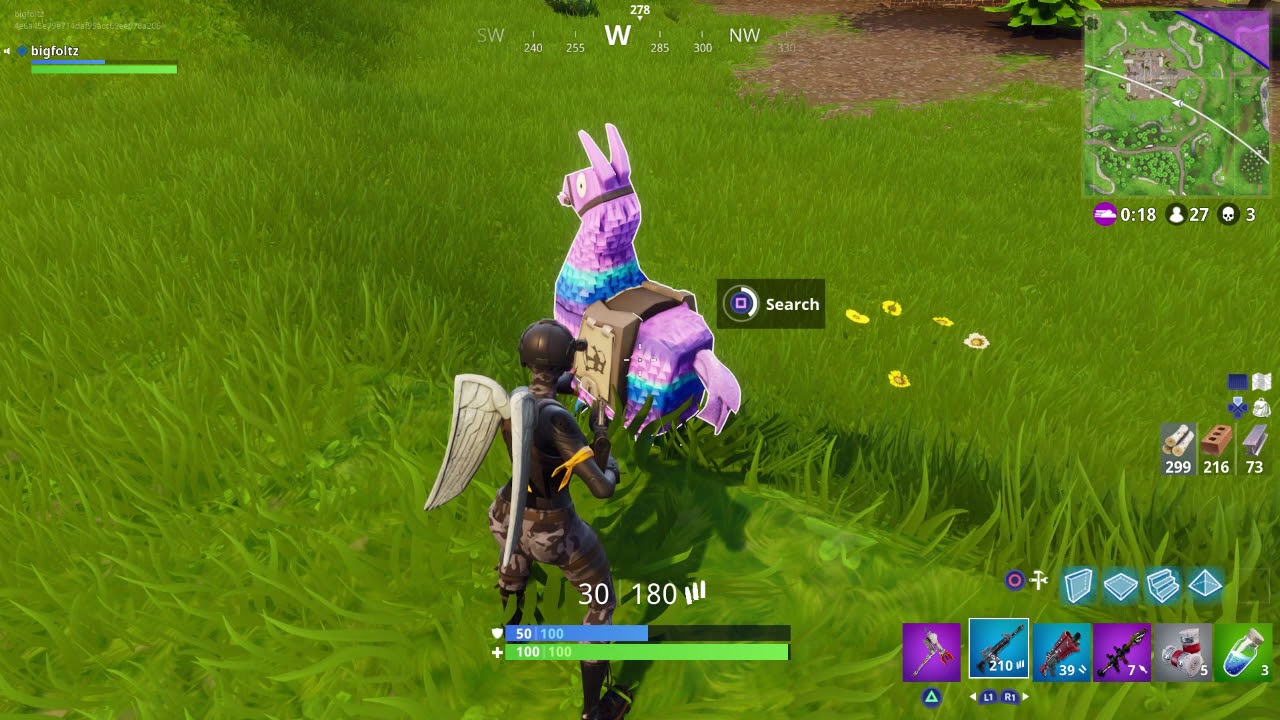 Fortnite players can finally sign into the game once again, and Epic Games is rewarding its users for their patience.

Fanatics of the Fortnite: Battle Royale game mode can receive a Back Bling gift in the store for free this weekend, while Fortnite: Save the World players can get a free Troll Stash Llama. Epic Games apologized for the server instability in a Reddit post, citing a “critical failure” of its database as the cause of the 15-hour server outage.

These free cosmetics are coming shortly after a game update that added a number of changes. This included the new Port-a-Fort item, a new replay system for in-game highlights, a nerf for the controversial Guided Missile, and a few weapon changes involving equip times. The only thing that is different about the game right now, however, is that the Guided Missile is disabled because of an animation issue.

Additionally, another version of the 50-vs-50 game mode (2.0) was also released in the same game patch. This means that the High Explosive 2.0 mode has been swapped out.

Thankfully, problems with hopping into the game seem to have been tweaked and players won’t have to worry about excessive login times or long matchmaking queues. Epic Games confirmed that “the Battle Bus [is] once again operational” on Twitter a few hours ago.

Fortnite players can expect to see the Back Bling gift and Troll Stash Llama in the store this weekend.