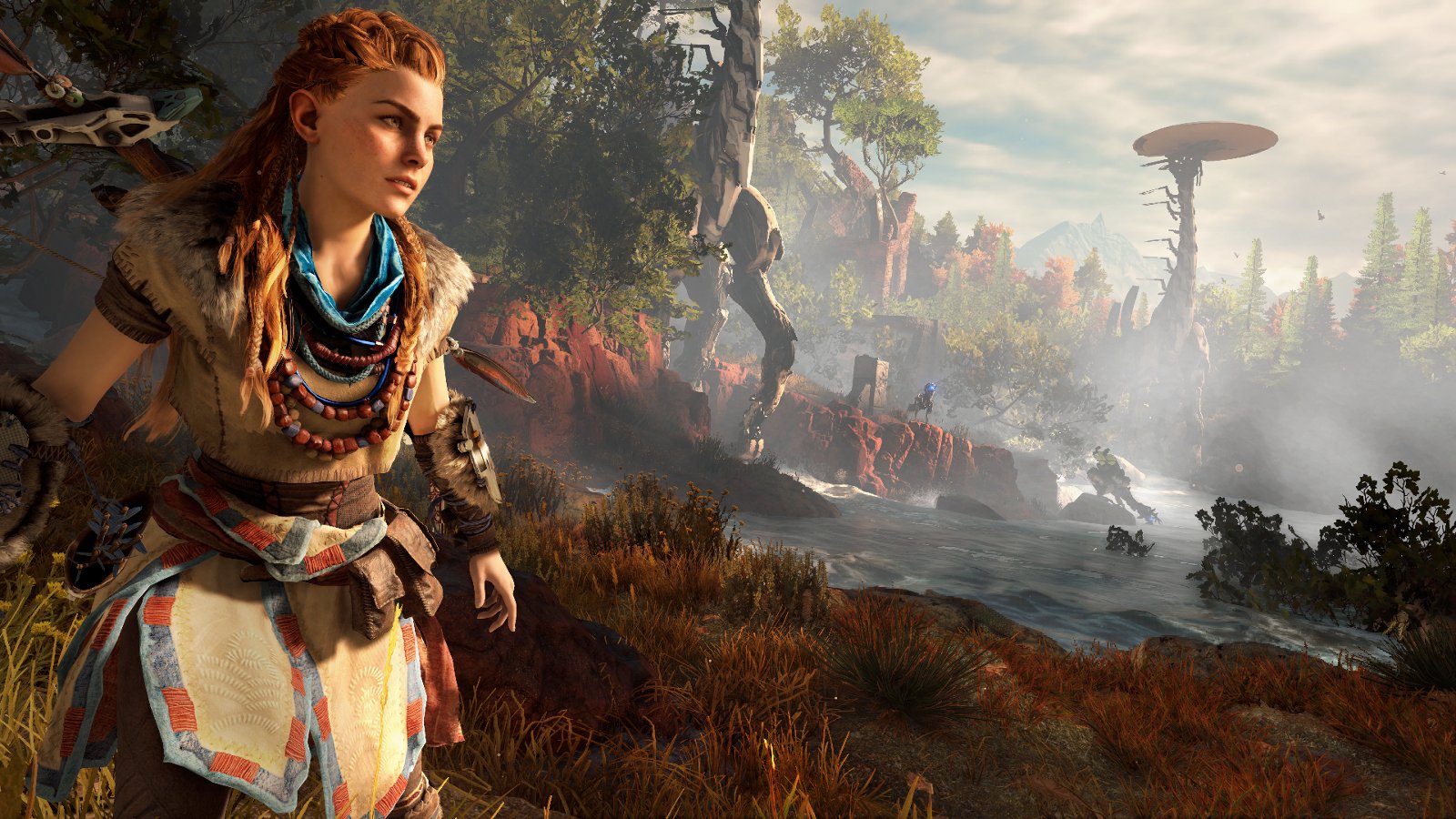 With Fortnite‘s Chapter Two, season six aptly named Primal, data miners claim that Aloy, the protagonist from Horizon Zero Dawn, will be joining the game in the next update.

Fortnite data miner ShiinaBR shared that they had unearthed a series of challenges linked to a limited-time mode that will supposedly be used to introduce the new character.

Among the challenges, the mode is believed to be focused on using Bows, paying homage to the bow-wielding warrior that is Aloy.

Other leakers have uncovered items in the patch believed to be related to the new character, such as her back bling.

Horizon Zero Dawn was a critically-acclaimed PlayStation exclusive title released in February 2017, before later being ported to PC. The game is set in a future world that has been retaken by nature and is inhabited by robotic creatures modeled after animals.

It is not clear what exactly the limited time mode will entail or if it will include any other crossovers from the Horizon Zero Dawn universe.

Later this year PlayStation will be releasing the sequel to Horizon Zero Dawn, Horizon Forbidden West.

During season five, another PlayStation character, Kratos from the God of War franchise, was introduced to the battle royale. Tomb Raider’s Lara Croft was made available to earn through the battle pass this season as well.

As it stands, there has been nothing official shared by Epic confirming the addition of Aloy.

Update v16.20 is set to go live later today, witht he servers still in downtime at the time of writing.