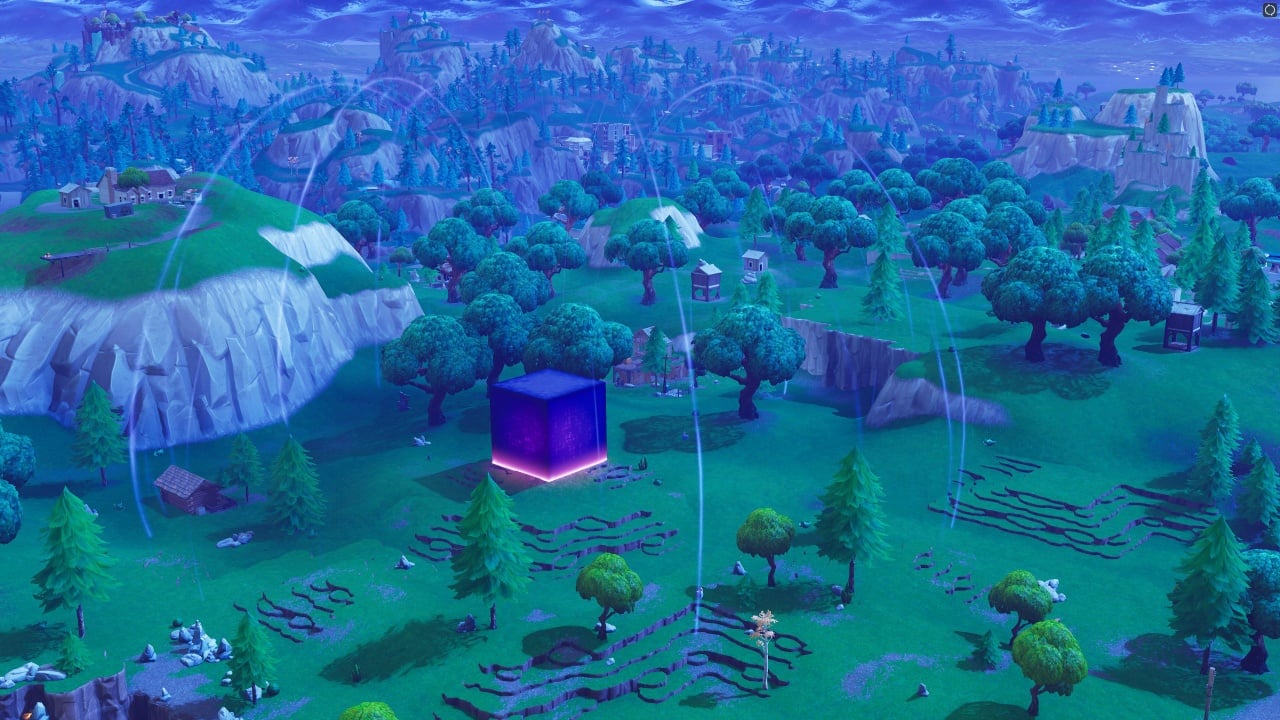 Just a day after breaking its normal path, the giant purple cube in Fortnite: Battle Royale has developed a dome of low gravity around it.

Over the past week, this cube spawned from a lightning strike, produced symbols, sounds, and made its way around the southeast portion of the map. But now all of that feels tame as things begin to get extremely weird.

Once inside the cube’s dome, players stay in the air much longer after jumping. It’s similar to Hop Rocks, but the gravity seems to be even lower in this space. This will obviously help players build higher and faster, but it also could make them vulnerable when they’re in the air.

As has been the case since it spawned, the cube is still a giant mystery for this season in Fortnite. Strange things have been happening on the map, and similar to last season’s rocket launch and rifts, it seems like Epic Games are leading up to the next season. The low-G field is the most we’ve seen this foreshadowing effect the gameplay itself, so who’s to say what changes the new season will bring.