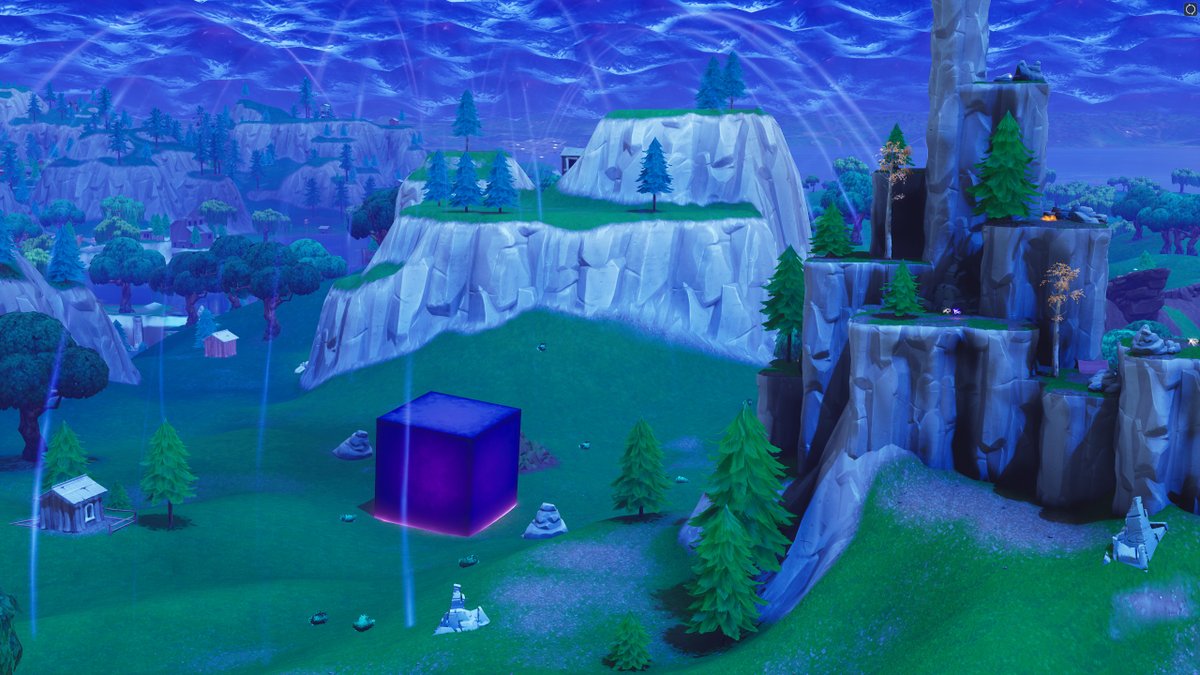 Fans may have discovered the upcoming Fortnite cube rune locations, thanks to a Reddit user.

With mobile settings turned to low, /u/DatCringeyGuy was able to find the same patches of grass that the previous runes had in six new locations. While this is unconfirmed and full of speculation, it’s not a bad theory to predict where the cube will travel to next.

The cube has been rather unpredictable since its lightning-strike birth. With it moving about and creating gravity domes, it’s the most puzzling cube since Rubik’s. Fans have been mystified by the giant box’s actions, but with these rune location predictions, the future for the cube might become a little clearer.

Some believe the cube will become a part of the map, while some think it will completely change the map heading into Season Six, much like the rocket launch did for Season Five. Whatever it does, it will likely be a major event in Fortnite history. Epic Games will have to up the ante next season, maybe they’ll bring out the cone.