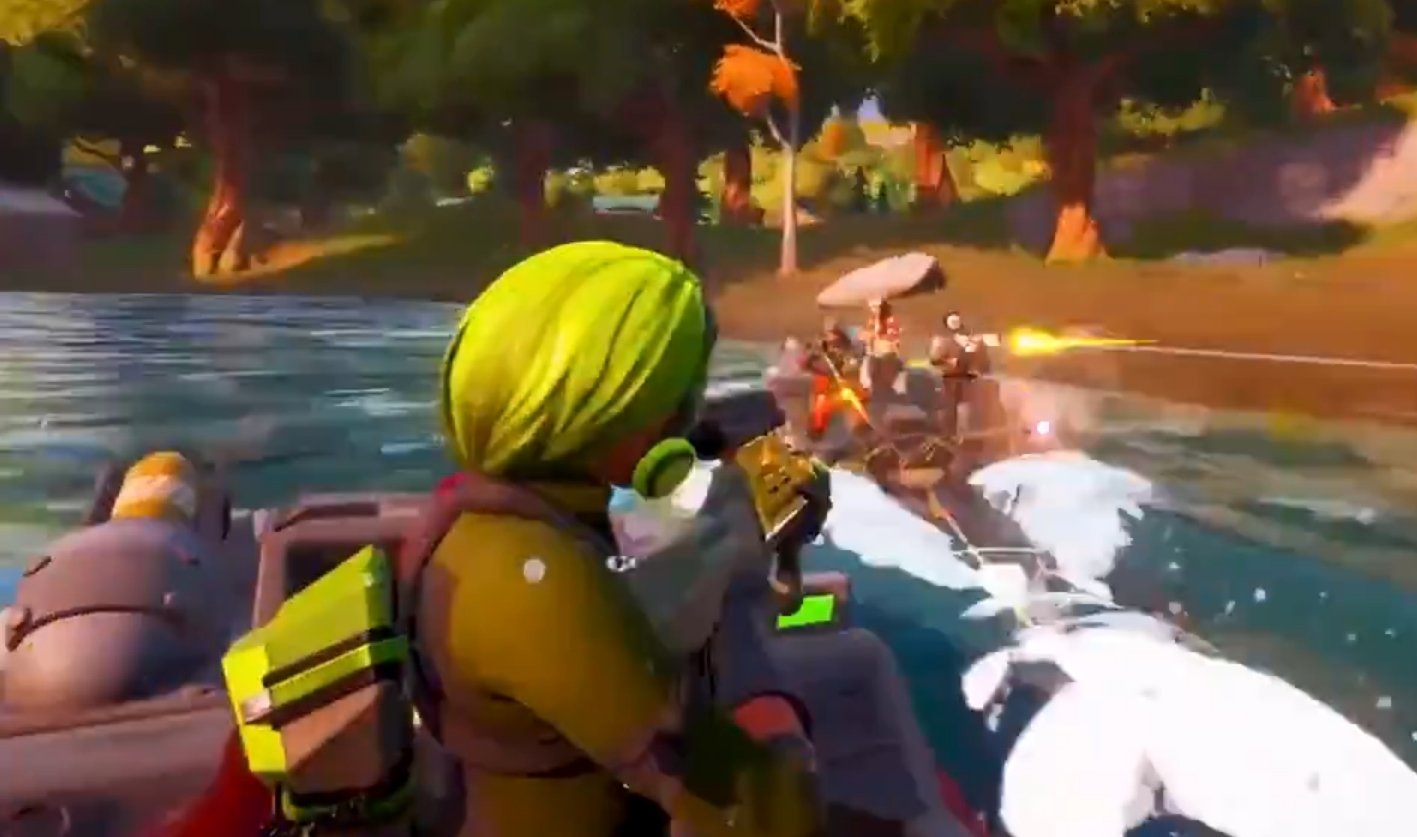 Some of the early speculation about Fortnite Chapter Two may have been proven correct in the trailer for the upcoming battle pass that was leaked earlier today. The video showed multiple teams battling it out while racing across the water in boats.

The boat would be the ninth vehicle featured in the battle royale and it’d be a welcome change for many from last season’s B.R.U.T.E mechs.

Based on the trailer, it looks like players will be able to fit their entire squad into one boat, with one player acting as the driver and the remaining teammates taking up various positions to defend it from potential attacks. It seems like each boat might have some type of fuel gauge to make sure no one can just keep circling in the vehicle for an entire of a match.

The gameplay while in the boat looks fast and fluid, with players having free control over the vehicle’s maneuverability, which is shown off in an intense gunfight between two teams.

It seems Fortnite is upping the tempo in Chapter Two, season one. Other potential changes, based on the leaked trailer, including carrying a downed teammates on your back and animations that make it look like you can dive off of objects instead of just jumping. The already fast-paced shooter could be cranking it up with more movement options, a revamped leveling system, and new ways to fight opponents.

All of this new content was leaked as part of the Fortnite Chapter Two, season one battle pass that data miners found while the game is still showing the image of a black hole. There was also a story trailer discovered alongside the new content, but the data miners are working to keep that a secret until Epic Games is ready to end “The End” event.

It’s still unclear when Fortnite Chapter Two will officially launch, but all of these potential changes make it look like a new experience.