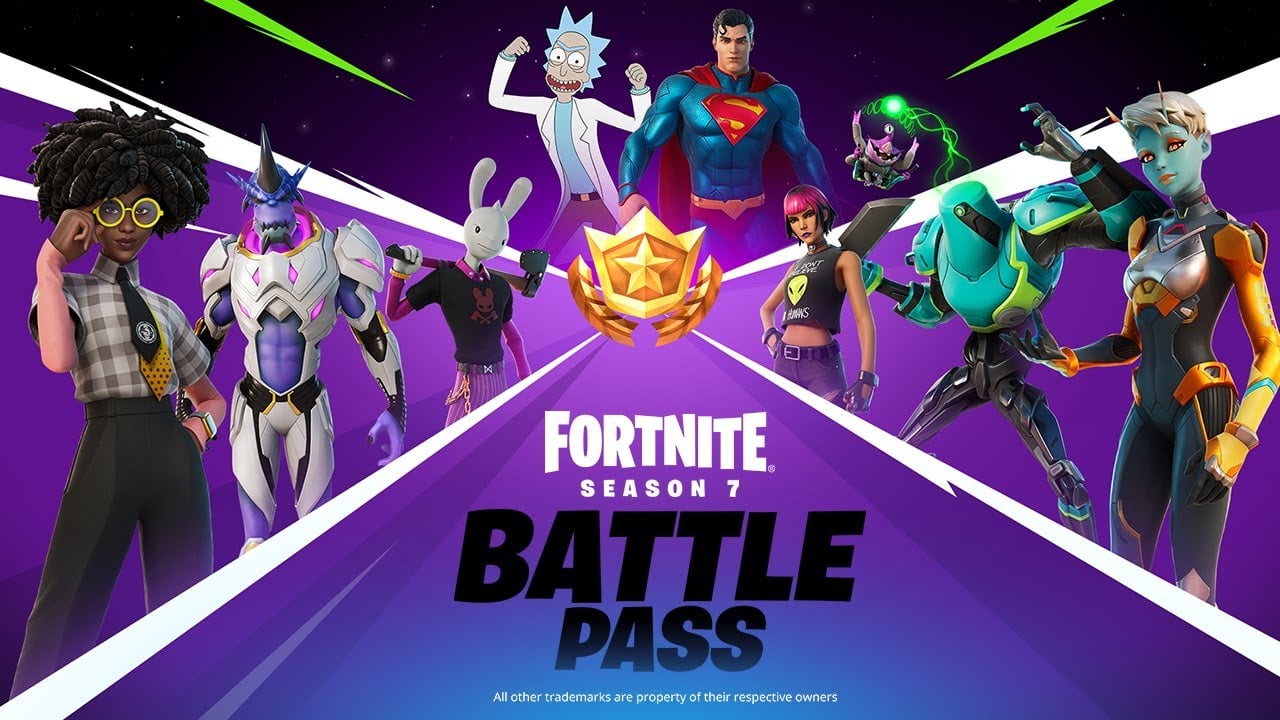 With Fortnite Chapter Two, season seven launching later today, fans have been treated to the reveal of what exactly this new season will include.

Part of this reveal is the battle pass trailer, which showcases plenty of new skins and weapons coming in the game’s latest season.

The most notable inclusions are Rick Sanchez from Rick and Morty and Superman. There were reports that Fortnite planned to collaborate with Rick and Morty during the upcoming season and it seems like the collaboration won’t be limited to a single skin.

The trailer is narrated by Doctor Slone, a character who had been an integral part of the story throughout previous seasons but had never made her way onto the screen until now. The trailer also shows off plenty of new human and alien-themed skins to add to your collection as the season progresses.

A whole bunch of new weapons and ways of transportation have been added this season too. The trailer features laser guns, a weapon that can send objects flying in a direction, and even a pilotable UFO that can abduct objects from below.

While there’s been no confirmation of its possibility in-game, the trailer also makes it look as though Superman is capable of taking flight in-game, which would be one unique way to fend off the alien threat in the skies.

The season is set to launch in just a few hours, and with that, we should have a better idea of how the game looks and plays with these additions.