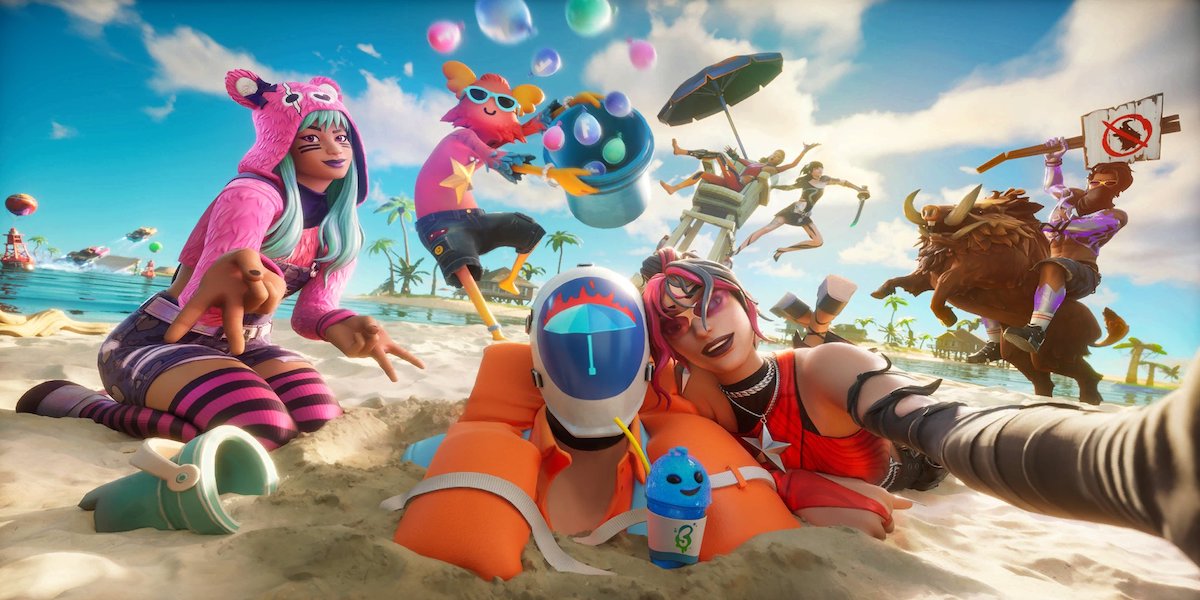 Fortnite is one of the most popular games out there, inviting players to battle it out on an ever-changing island. While The Island exists in its own weird gravitational field, it still takes time to recognize regular Earth holidays. As expected, Epic Games has released the No Sweat Summer event, lasting until Aug. 9 at 8am CT.

During the No Sweat Summer event, players will be able to party with all the changes to Sanctuary, including a variety of fireworks that happen every so often. This mini-live event happens behind the Foundation’s statue and sends a wave of fireworks across the horizon. Players can also see these new changes in the lobby, where the background has been changed to match.

No Sweat Summer will also feature a variety of quests that progress through three different stages. In order, the different stages include No Sweat Sponsorship, No Sweat Marketing, and No Sweat Product Recall. Each stage will unlock progressively during a specific time period out of the year, including:

By completing these quest phases, players will receive a new frozen drink back bling, and completing further quests unlocks new styles and eventually the No Sweatin’ Lobby Track.

In addition to these awards, players will also get cosmetics from just completing any of the quests. Players who complete three No Sweat quests will unlock the Nana Frost style for the drink, and completing 14 unlocks the Sweaty Rotation sign-spinner emote.

Players will also be able to participate in The Block 2.0 starting today as well, with that event having its own unique quests as well. Players who complete three Rebuild the Block quest stages, they’ll get the Sea-Wheeeed contrail, completing seven unlocks the Lucky Lance pickaxe, and completing 12 awards the Oro-Boris back bling.

Active Fortnite Crew members will also get another style for the frozen drink back bling called the Cuddle Cerise, which appears to be inspired by the Cuddle Team Leader. All that Crew Members have to do is log in during the No Sweat Summer event to unlock it.

Lastly, a few items have been unvaulted to kick off the summer celebration. Players now have access to the Boogie Bomb, the Zero Point Fish, and the Icecream Cone. The Zero Point Fish teleports the player in any direction of their choice while also healing them for 15 health. The Icecream Cone replenishes health, with the legendary version also restoring shields.

Players have until August 9 at 8am CT to complete all the summer quests, with the battle royale set to celebrate summer over the coming month.