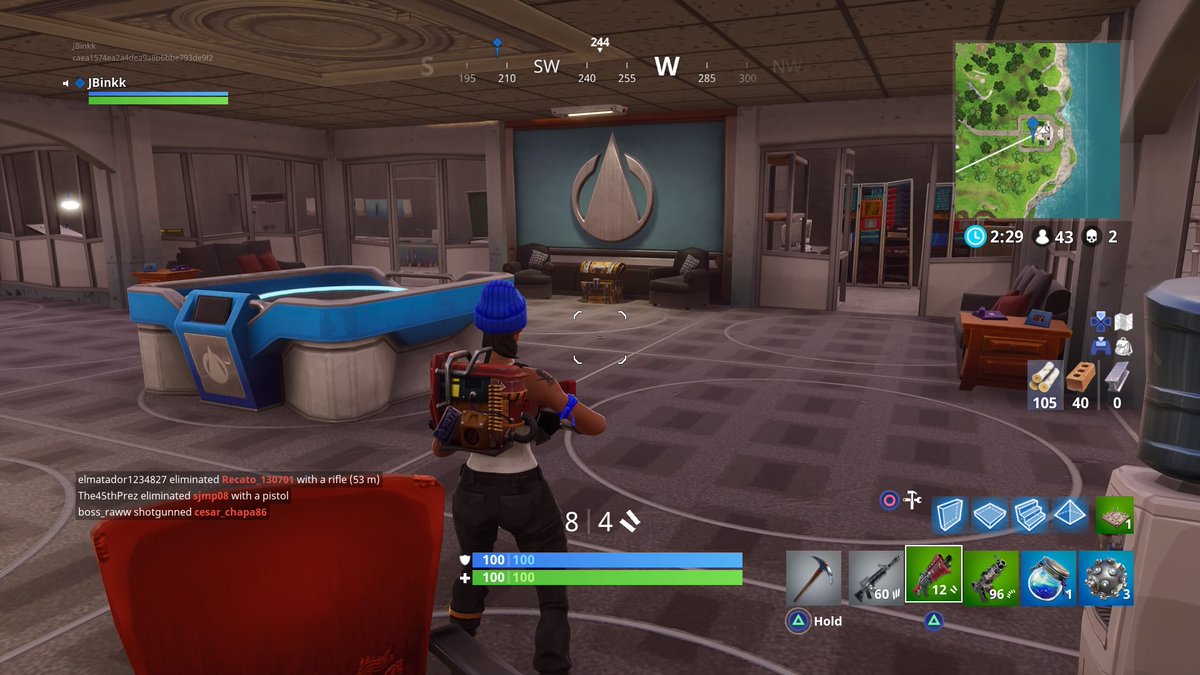 The fourth season of Fortnite: Battle Royale kicked off earlier today, and there’s a lot to be excited about for fans of this immensely-popular game.

Epic Games teased a superhero theme for season four, and it looks like there’s more than just skins and emotes planned for Fortnite.

With the start of the new season, Epic made some alterations to the Fortnite map. Now, players are discovering secret superhero hideouts spread across the map.

Here are all of the superhero lair locations that have been found so far in Fortnite.

The first lair can be found on top of a mountain northeast of Snobby Shores. Make sure to use the stairs if you land at the very top of the rocket, however—the fall down can be lethal.

Black flags with a purple emblem can be found throughout this hideout, along with a few chests and other loot.

The bigger question for Fortnite fans, though, revolves around the rocket. Whose lair is this and what good or bad plans do they have for this missile?

Another secret hideout is located to the southeast of Lonely Lodge. This lair resides in the basement of a giant mansion.

The mansion isn’t exactly very secretive, though—if you’re flying in that area, the building almost sticks out like a sore thumb. If you elect to land here, just be prepared to get in a few gunfights.

This base has a similar logo to the one found in the rocket lair, except this one is silver with a blue background. After looking through the lair, you’ll even find a blue superhero mask in one of the rooms—which could be a hint at which hero this hideout belongs to.

A secret hideout can also be found in one of the blue houses at Salty Springs. If you head down the stairs in this house, you’ll find some trash piled up behind the staircase. Destroy the trash and the floor below it to discover another secret set of stairs.

This staircase will lead you down to a small base with a nifty computer setup and home gym. There are also a few chests that can spawn in the corners of this room.

Unlike the previous lairs, however, this hideout doesn’t have a visible logo.

This article will be updated if more superhero lairs are discovered in Fortnite.