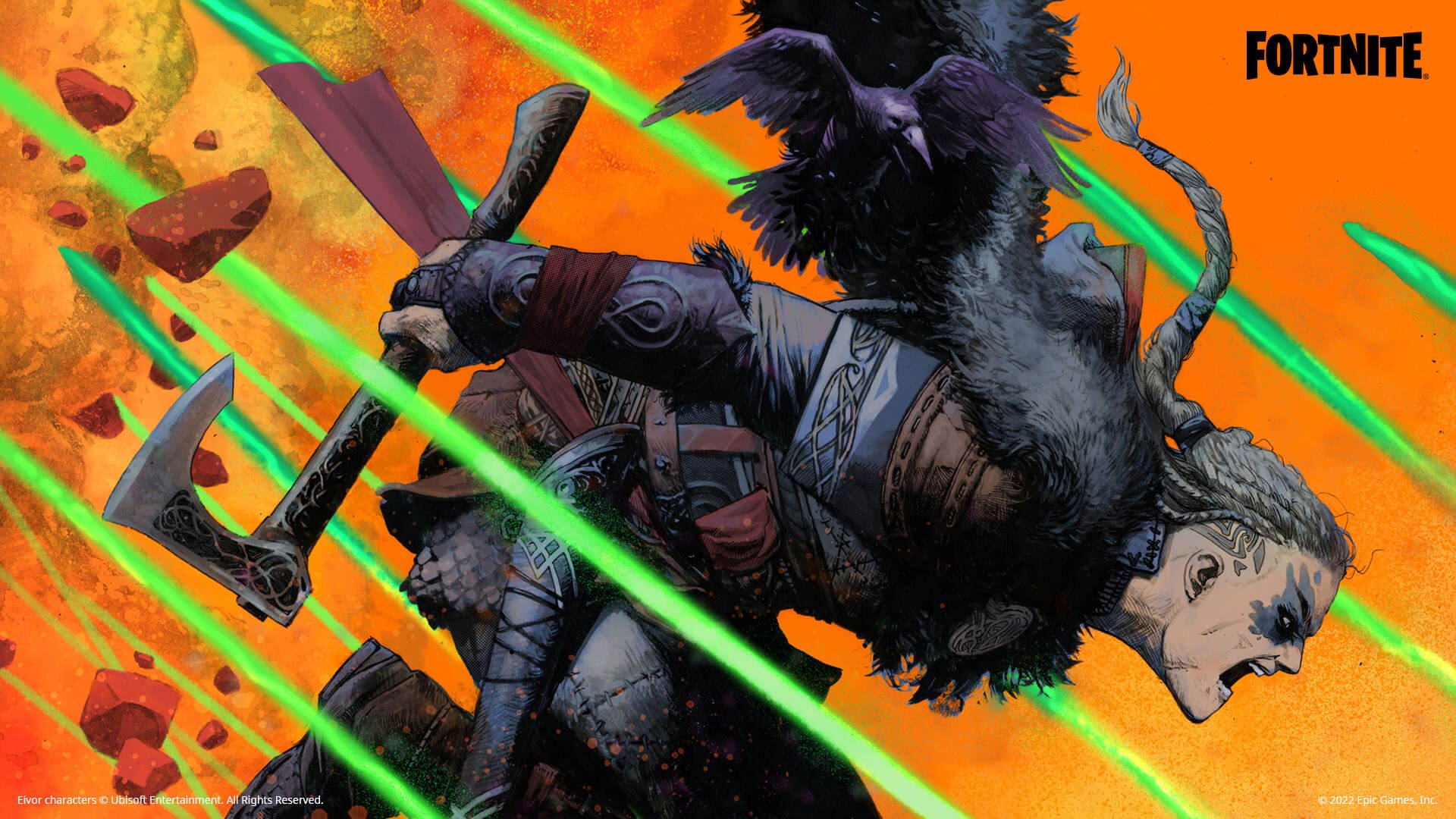 Fortnite is constantly announcing crossovers with major games and other entertainment franchises. Chapter Three, season one brought popular characters like Spider-Man and Boba Fett to the island. Now, Fortnite is bringing a crossover from a franchise that has become a gaming legend in its own right. The titular assassins from Assassin’s Creed will soon land on the island.

Ezio Auditore and Eivor Varinsdottir will be coming to Fortnite’s item shop on April 7. Ezio was previously offered for fans who purchased a copy of Assassin’s Creed Valhalla on the Epic Games Store. And now, Eivor is joining the action as well. The Eivor entering the game is the female version from Valhalla and stands as a faithful recreation of the character.

The Ezio bundle comes with the character, a classic stance emote, and the dual hidden blades melee weapon. Much of this was shown already when Epic announced it would be giving this skin away with purchases of Valhalla.

Eivor comes in two styles, with and without the hood, a shield for back bling, a Raven Clan pickaxe, and the Wold-Kissed Longboat glider. Eivor’s glider is a recreation of the boat that carries the player around through all of Assassin’s Creed Valhalla.

Eivor also has a Viking War Cry emote that will cause Eivor to bang her hand axes and shield together. She comes with a loading screen and spray that shows her in all her Viking fury, too.

Epic ends the announcement with a reference to the assassin’s creed mentioned in the games: “We work in the Dark, to serve the Light.”