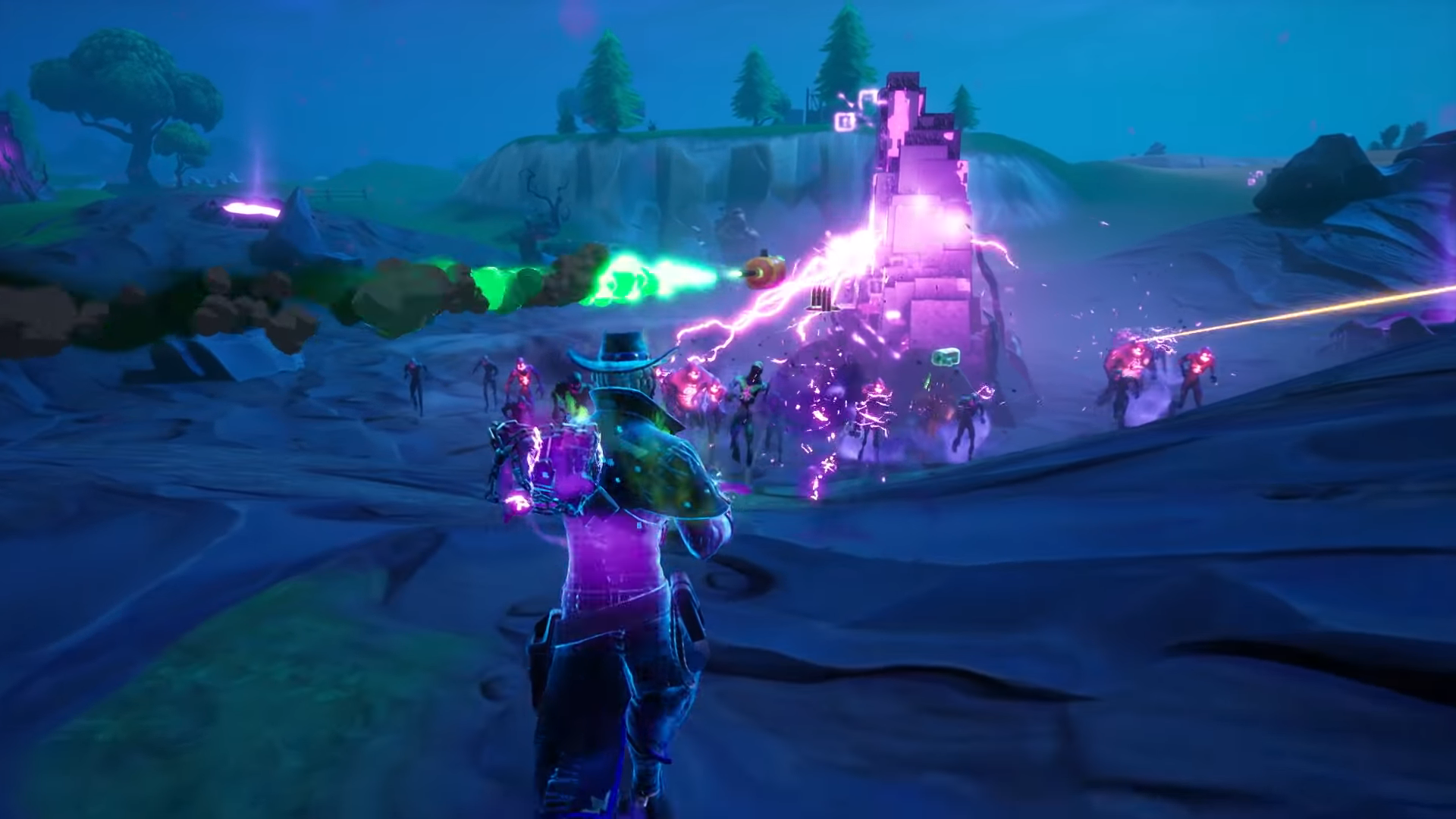 The Fortnite 6.20 update went live a few hours ago, bringing a new Halloween event called Fortnitemares, and it’s packed with temporary gameplay changes. The infamous cube and its fragments now spawn Cube Monsters and Cube Brutes that players can take down to get loot and some shield, a new crossbow is available for a limited time, and a new set of challenges to upgrade the new Deadfire outfit is out too.

This is the first time Epic Games had added elements that are similar to the PvE Fortnite version Save the World to Battle Royale with a seasonal event.

Players will have to decide when it is a good idea to take these monsters down first or to go focus on a human opponent. It might be good to eliminate monsters if you need loot since they can drop weapons and grant a small amount of shield. Maybe players can even steal Cube Monsters kills from other opponents to get that shield for themselves.

The Fortnitemares event also brought a new limited-time gun called Fiend Hunter Crossbow. It is an epic variant weapon with unlimited ammo in a seven arrow magazine size, which sounds a lot like the vaulted Crossbow that was in Battle Royale in the first three seasons.

A new weapon called Six Shooter is also available, but it is here to stay. It is a special pistol that will have a higher fire rate if the player shoots from the hip and will be slower but more accurate if shooting by aiming down the sight.

The Rocket Launcher was changed as well, but only to become the Pumpkin Rocket Launcher, with its looks now more in line with the new Halloween theme.

Epic Games also made some other small adjustments in the 6.20 Fortnite patch, such as adding the glider redeploy mechanic for a test period, changing some Storm times and dynamics, and making the minimum damage of the Hand Cannon against players and structures a bit higher.

You can check the full patch notes for the 6.20 Fortnite update on the game’s official website.