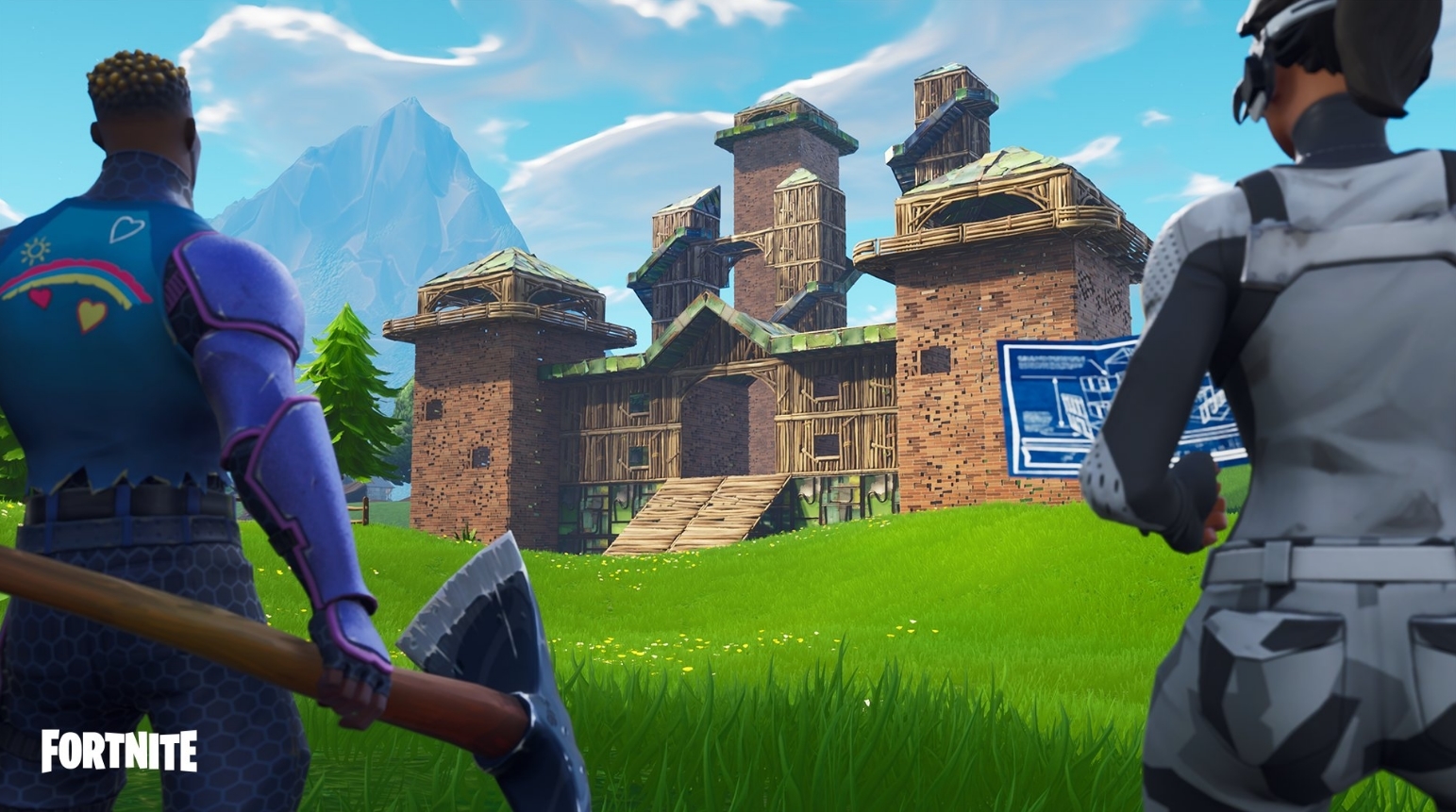 The Fortnite servers have gone offline in preparation for update 4.5, which adds the exciting new limited time mode called Playground.

First announced at the end of May, the Playground mode has been highly sought after by players for a long time. It is basically just a sandbox game mode for players to hop in and mess around without the confines of a traditional battle royale game mode.

Each Playground game can last for up to one hour. Players can join in with a squad of friends to build, shoot, and do whatever they want because players will respawn upon death unless killed by the storm. The storm doesn’t start to close for 55 minutes, however.

Resources will be generated at 10 times the normal rate, and 100 Loot Llamas will spawn around the map. Not only that, but chests and ammo boxes have a 100 percent spawn rate, so there will be no shortage of loot for players to mess around with.

A new weapon will join the fray this week, too—the brand new Dual Pistols. These guns are available in Epic and Legendary variants and use Medium ammo. Both pistols will fire with one pull of the trigger, and they do not use first-shot accuracy.

The update also contains a number of quality of life changes. The Tactical SMG has been changed a lot, with its base accuracy increased by 25 percent and its damage increased by two, but it also had its ADS bonus lowered by 10 percent. The Silenced SMG also had a damage buff of two, and also an increase to its base accuracy by 10 percent and a 20 percent ADS bonus buff.

In some changes that will cause some controversy for some of the more hardcore players, peeking through walls in edit mode will now be more difficult because the walls will be opaque rather than clear. Also, explosions will now damage all structures within their range, regardless of whether or not they are visible from the explosion center.