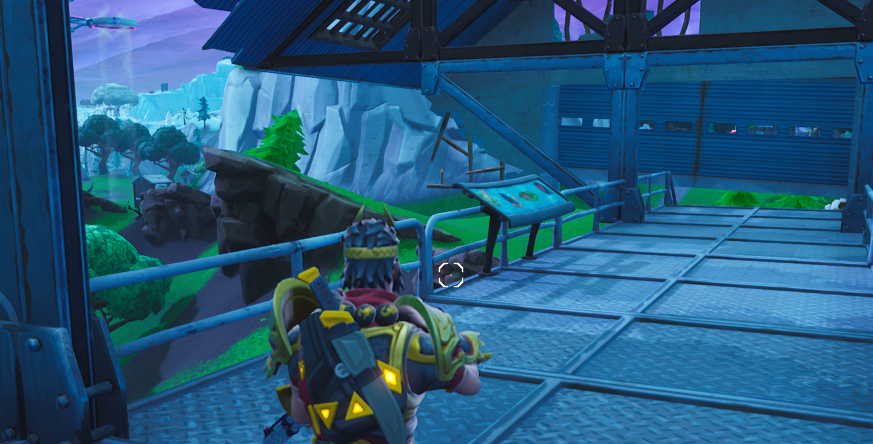 At this point, we think Fortnite: Battle Royale players would prefer to see more meteors then Fortbytes, but we doubt that’s why you’ve come to our guide today.

Fortbytes are a new collectible added in season nine’s Battle Pass that unlock cool rewards as you find them. Epic Games releases a new Fortbyte every day to entice players to constantly play the game.

This mission will ask you to locate Fortbyte 31, which is “found at meteor crate overlook.” This spot is more commonly known as the large building near Dusty Divot.

You want to head to the main structure north of Dusty Divot and go to the area with the large metal doors. That’s where the meteor observation point is, and the Fortbyte will be in the middle of it.

Then it’s just a matter of collecting it and running away before you eventually get chased down by Fortbyte-denying barbarians.